A Silver Stud of a Day.

With both myself and the weather being very much 'under the weather' this week I was determined to get out today. As I was still coughing like mad I just wanted to be on my own so as not to annoy anyone else!! As the coughing had woken me up very early I set off for a West Sussex heath to hunt out the Silver-studded Blue. It is several years since I last saw these gorgeous butterflies in this area as I have only seen them recently in Ashdown Forest, where their numbers are more limited. Arriving at 7.30 I was quite surprised to see a butterfly as soon as I got to the area where I last saw them 6 years ago. It was clear that there were many fresh individuals and with early sunshine they were soon pretty active. In all I saw 30-40 individuals, all were males. What I was really hoping to see for the first time was an emerging butterfly with attending Ants. As it happened I saw this 3 times this morning with the first 2 being in deep grass, however, the 3rd I saw was more in the open so I managed a few shots. 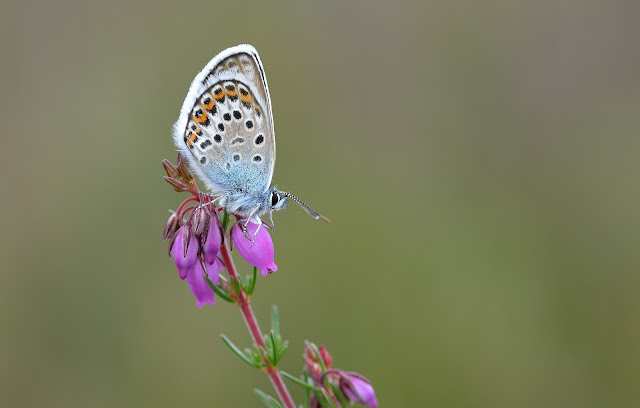 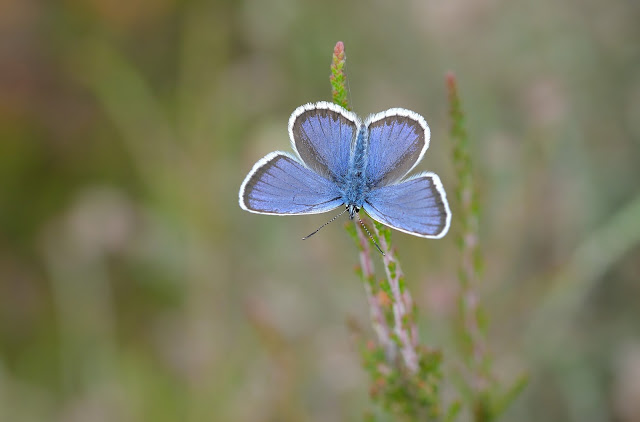 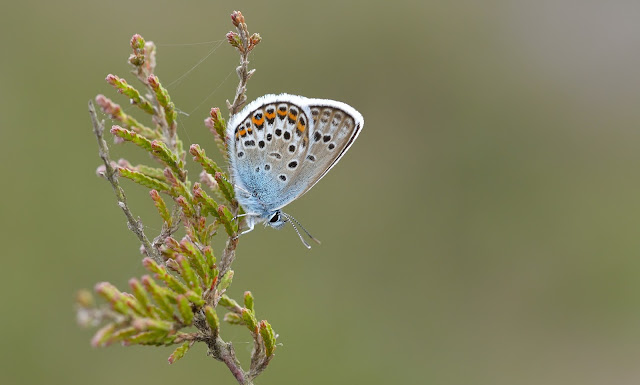 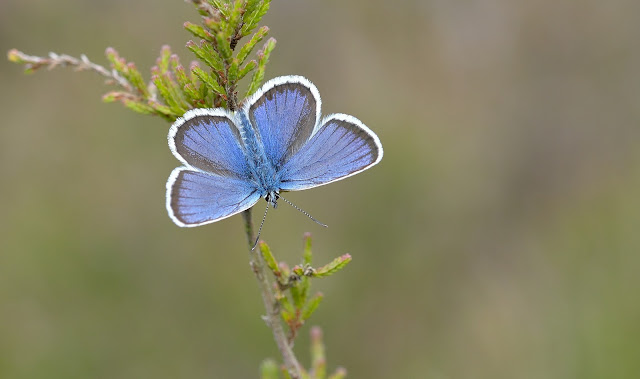 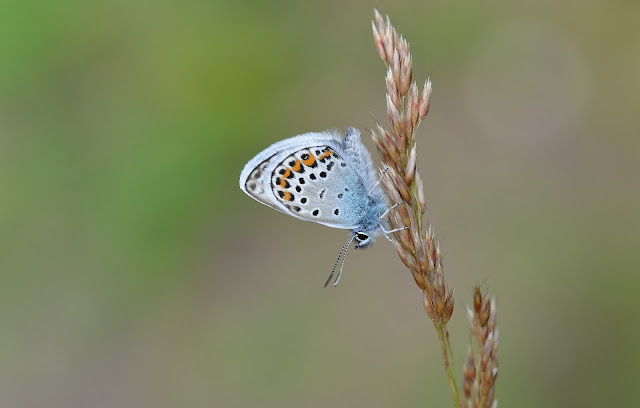 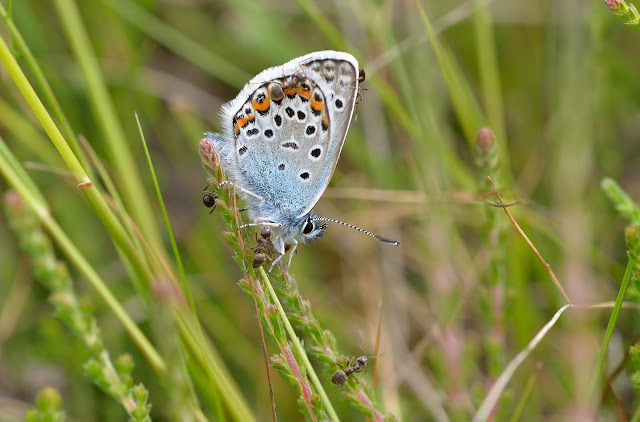 Following this I headed off to a site where I had heard held Musk Orchids. Its many years since I saw Musk Orchids in Sussex. Our local site basically went in 1976 during the drought and although I saw a single plant there around 10 years ago I have only seen them in Kent since. I was really pleased to find between 20-30 plants. These orchids are really tiny and actually smell of honey rather than musk. An added bonus was a Greater Butterfly Orchid and a Fly Orchid. 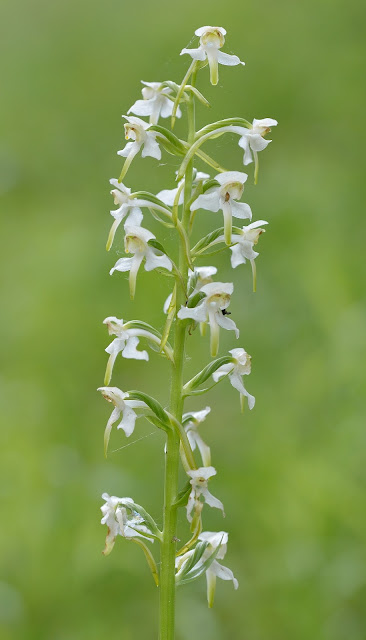 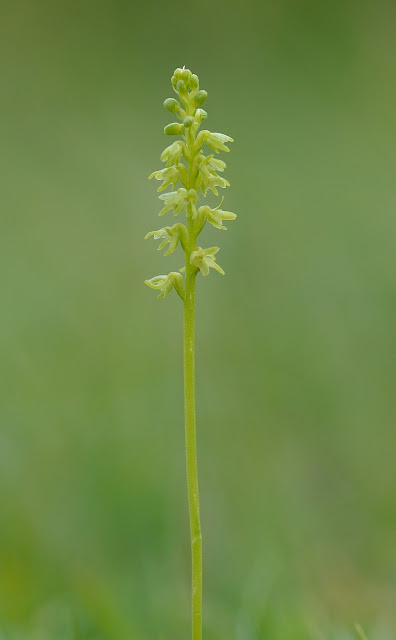 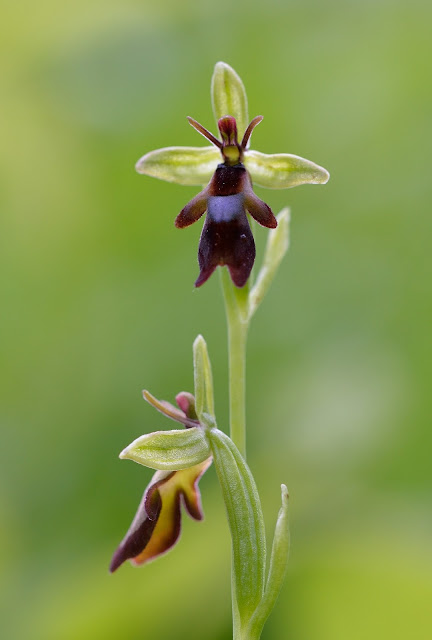 A brilliant day with sunshine, heavy showers and more breeze than was forecast but it was well worth the trip over.