It is still a very slow start to the butterfly year. A local stroll yesterday only produced a mating pair of Dingy Skippers and a couple of Green Hairstreaks. 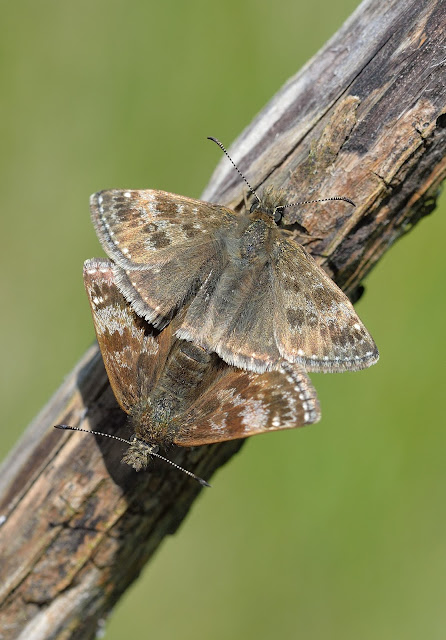 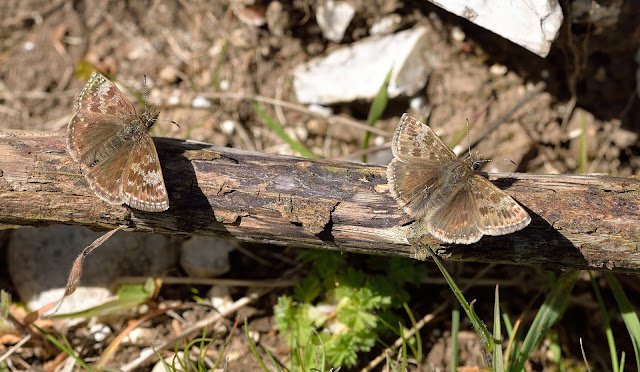 Mating completed they drift apart. Female on the left.

Today it was a visit to the river to make sure of seeing my first Large Red Damselflies of the year. As soon as I arrived I saw my first one but it was a little while later before I came across more. In the end around 6 were seen. 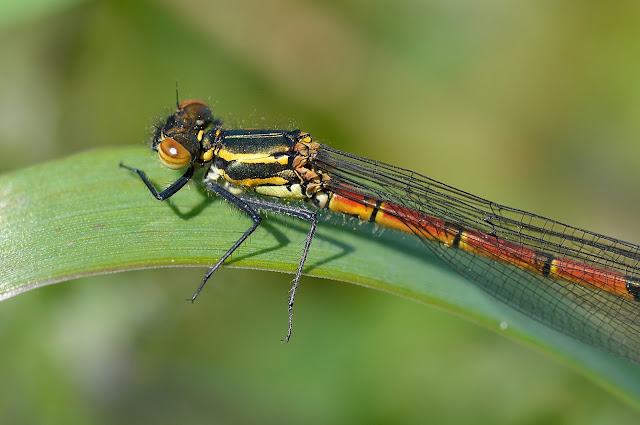 Following this I went to Abbotts Wood for the Pearl-bordered Fritillaries. As well as an amazing display of Bluebells this year it was also brilliant to hear Nightingales in full voice. I did try for a picture of one. Although it is my best (and worst) photo of a Nightingale I have a way to go to get one worth keeping!! 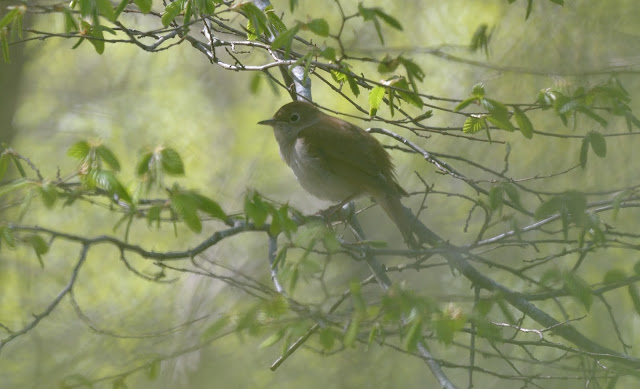 It was however, the Pearl-bordered Fritillaries that stole the show with around 12 seen including a female that was a little less active than all the brightly coloured males. 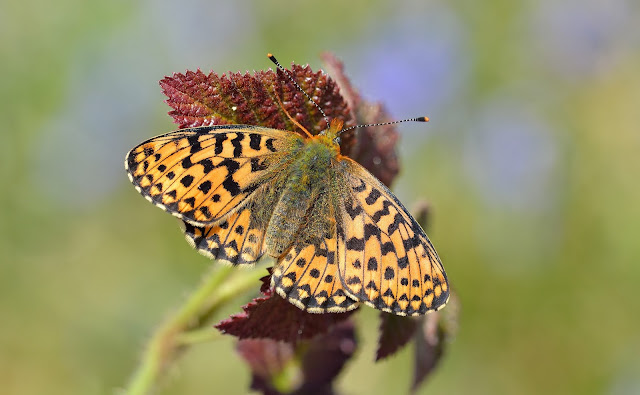 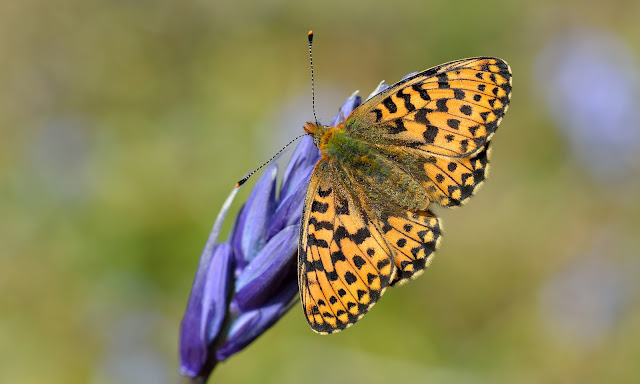