A wander around the local area yesterday was very rewarding as I was showing Gideon, a young enthusiast, some of the more unusual micro moths that live there. His eyes being much better than mine did spot several of the moths as well as a couple that I haven't seen there before. However, it was the sheer numbers of Damselflies as we arrived on site that was the biggest surprise. The majority I think were Azure Damselflies. It was quite windy around the patch but was still warm. Dingy Skippers are getting more numerous and we also saw a few Green Hairstreaks and Grizzled Skippers. A Wall Brown was hanging around the same area and I wondered if he could detect a female in the vicinity. My first Common Blue butterfly of the year was also seen which now brings my years tally to 19 species. We also saw several Hairy Dragonflies of which one female was quite docile and allowed us both to get a few images. 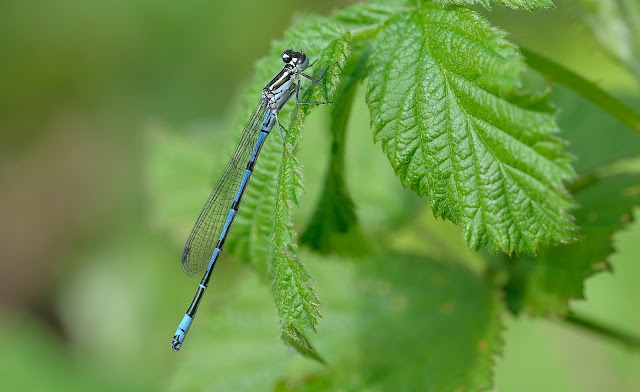 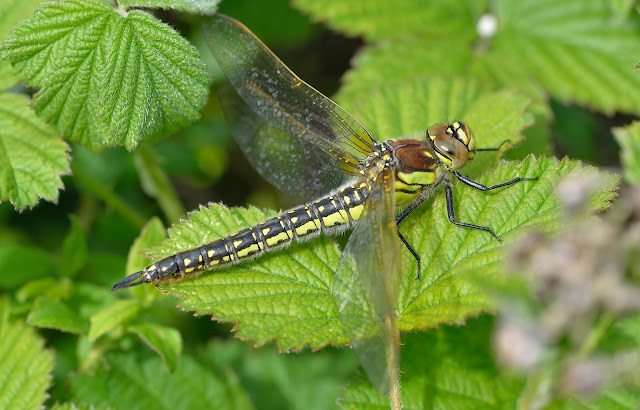 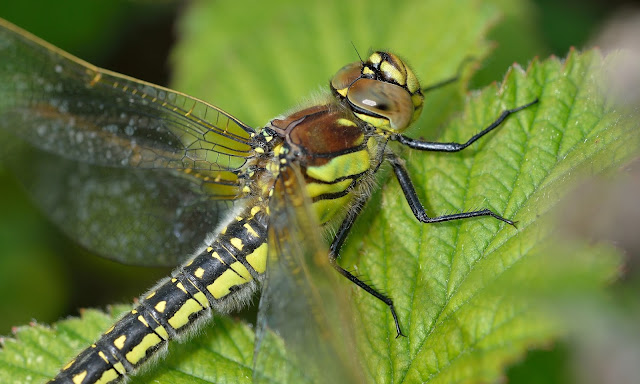 Hairy Dragonfly showing where it gets its name from!!