Yesterday I once again checked out the Wall Brown larvae. 5 were seen with another 2 new ones. Having seen a couple of Raven at the top of the hill I thought I would sit there for a while to see if any came near. Once sat I saw a falcon some distance away. On checking through the binoculars it was clear it was a Hobby. I sent Matt a text to tell him of the sighting and he informed me it was the first record for the UK this year!! On checking Birdguides later another was seen in Somerset during the day.

There have been many Firecrest seen locally over the weekend so today I called down the Cuckmere where Matt had been seeing them. I walked all the way down to the beach and then back checking areas of bushes. Apart from my first Swallow of the year and the Greenshank on the scrape I didn't see anything else until I was just about back to the car where I saw a female Black Redstart. I was then putting the gear in the car when I saw a tiny bird by the car park. It was, at last a Firecrest. A few shots managed of this delightful little bird. 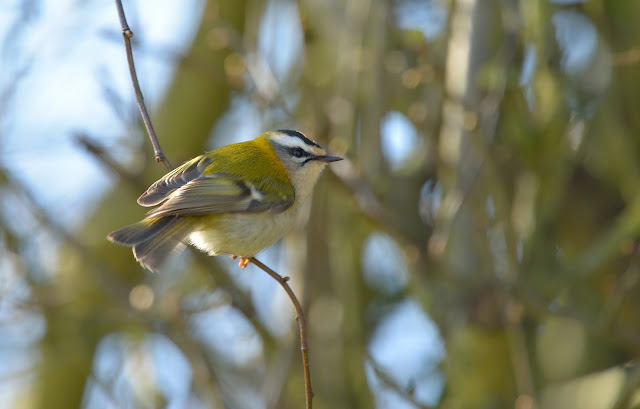 Firecrest in the Cuckmere. 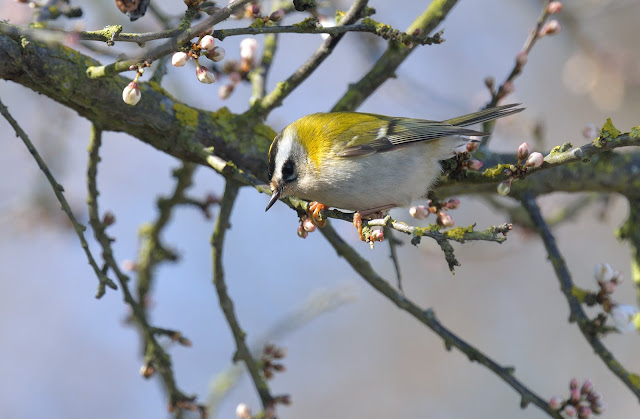 This afternoon with Pete it was off to Birling Gap. Here we saw at least 8 Firecrest, some in the wood and some in a large Gorse bush. 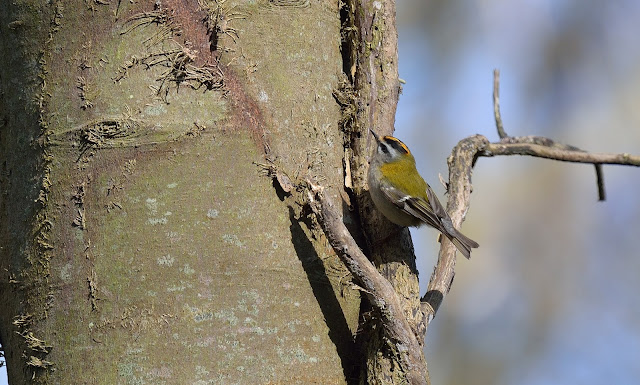 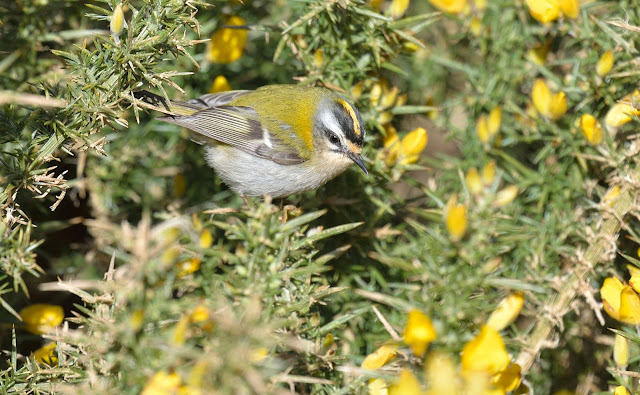 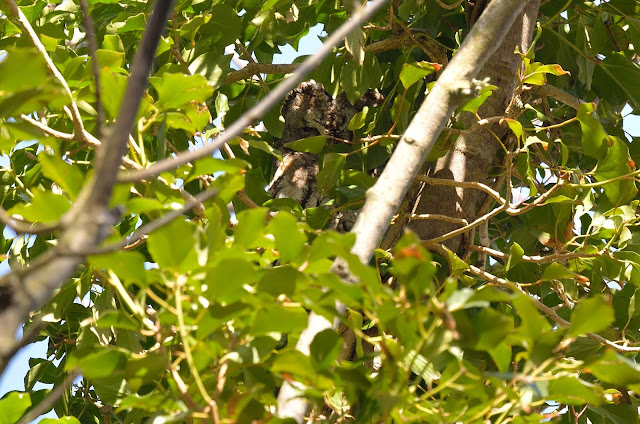 On the way back we checked a local Adder hot-spot and these didn't disappoint with at least 7 seen with at one time 5 curled up together. 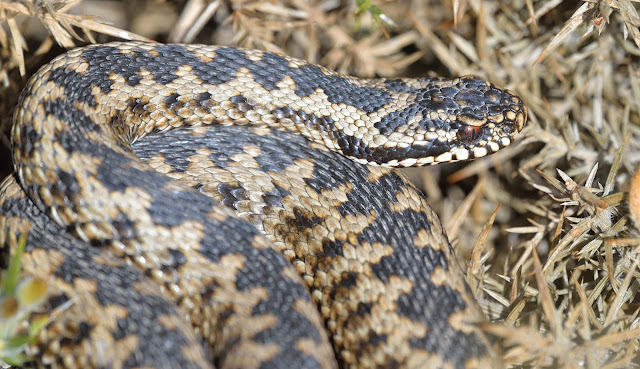 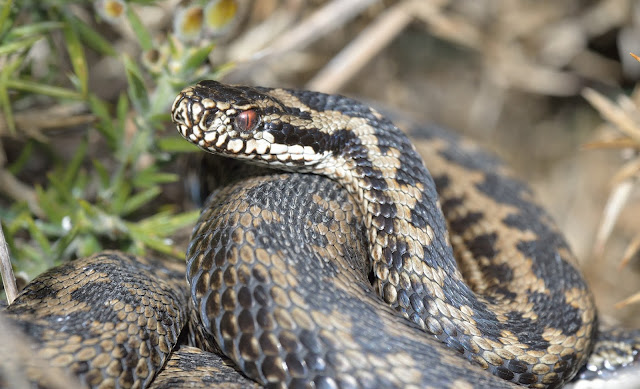 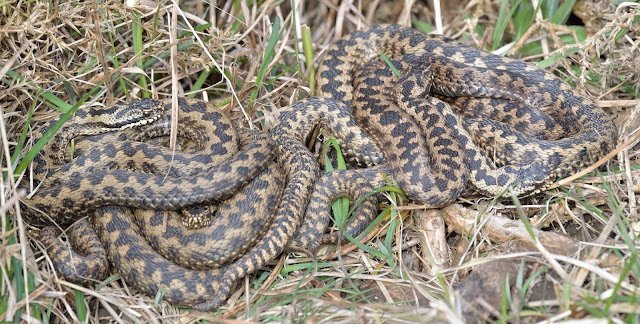 Finally we came across a really smart male Stonechat. Sitting at the top of a bush he was catching small flies that were flying around the bush. 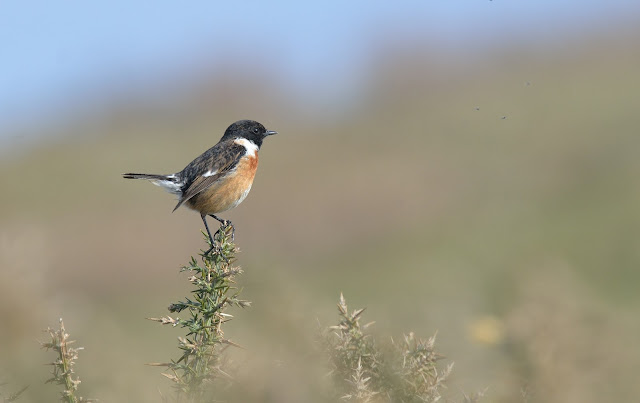 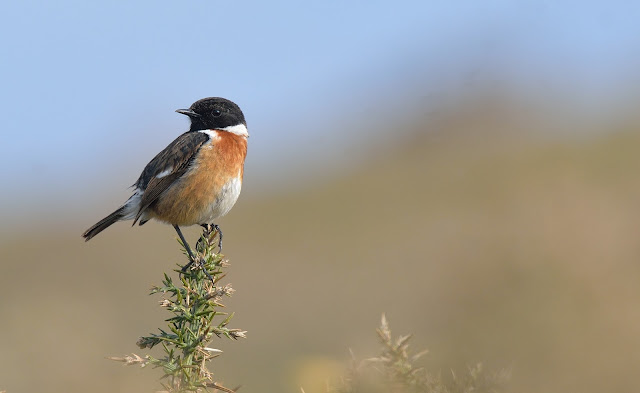 Posted by Bob Eade. at 20:47
Email ThisBlogThis!Share to TwitterShare to FacebookShare to Pinterest