Cool For Cats in the Kruger.

I suppose in all safaris the main target is the large cats. During our week we had several cat sightings including a view of a hunting Leopard on our very first game drive just after we arrived. With the rain though sightings of this cat became much harder although we did end up with 4 Leopard sightings by the end of the week. The easiest of the cats was the Lion with many sightings including single males to family groups. 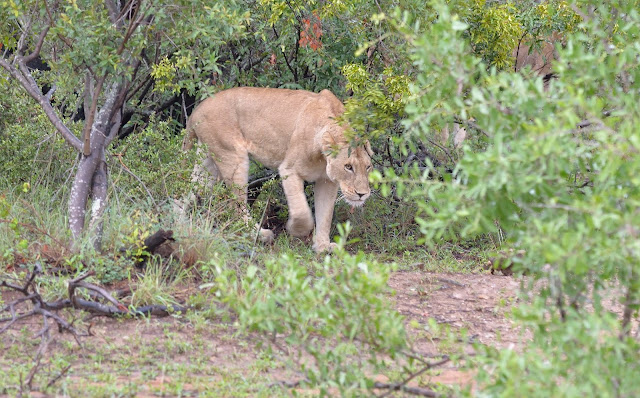 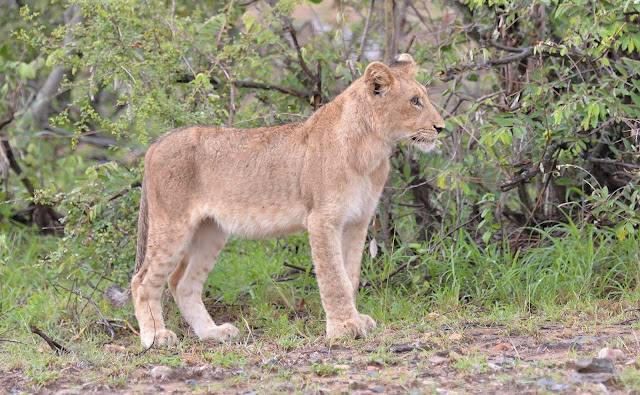 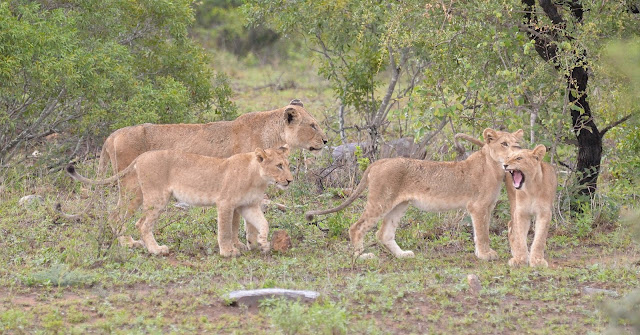 A Family of Lions. 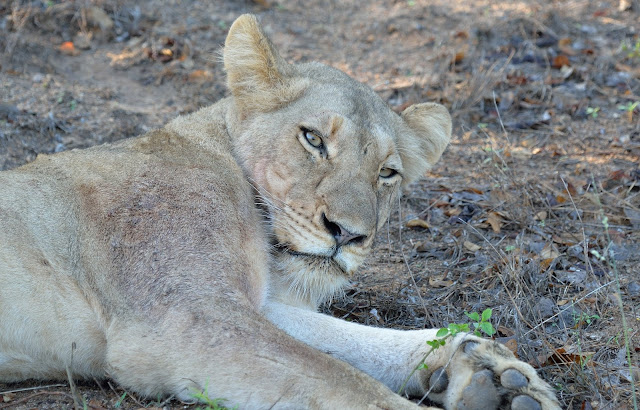 Our best experience with a Leopard came after we had returned from the morning game drive. The drive had finished in torrential rain and we were drenched and cold. We went to the main lodge for a warm up and a coffee. Suddenly David, our guide appeared saying that a Leopard was up a tree not far away and if we want to go and try for it to be at the truck in 5 minutes. Well, a quick change back in the wet gear and we were off. David then did an impression of a rally driver and we once again got totally soaked as we raced towards where the cat was reported. Halfway there a message came through the radio saying the cat had dropped down from the tree and we all thought our chance had gone. As we arrived 2 other trucks from our base were there and they were looking out to our right. We then saw the Leopard walking along quite close to us. It was clear it was in a hunting mood as it stopped in cover a couple of times before it moved gradually away from the track and was soon lost to view. We arrived just in the nick of time for a wonderful experience. Bear in mind all the following shots were taken in really poor light. The rain was still falling as well although it had eased off a little. 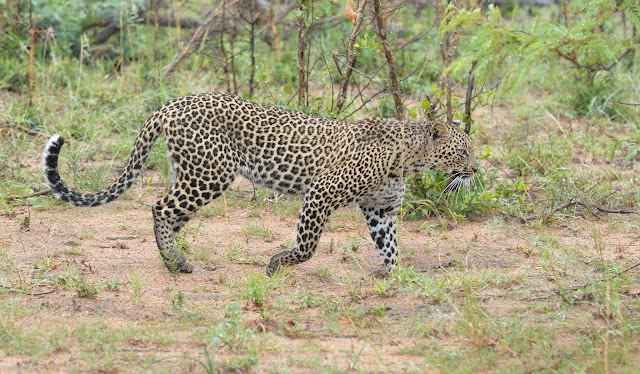 The Leopard. What a beauty!! 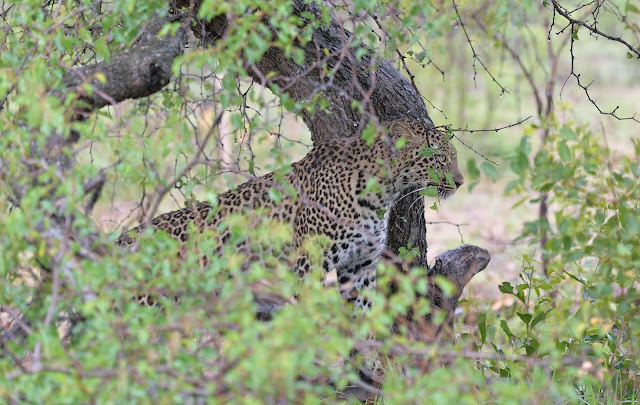 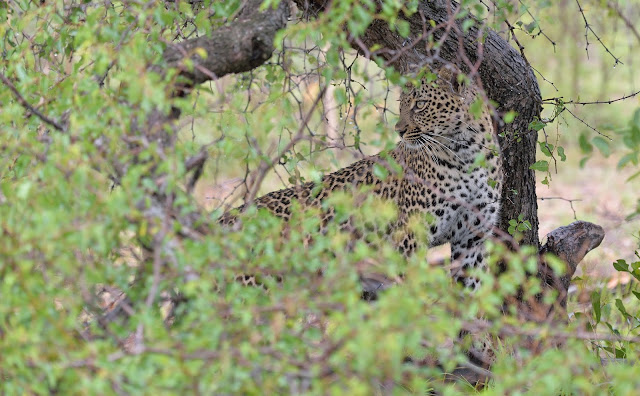 In a bush looking for prey. 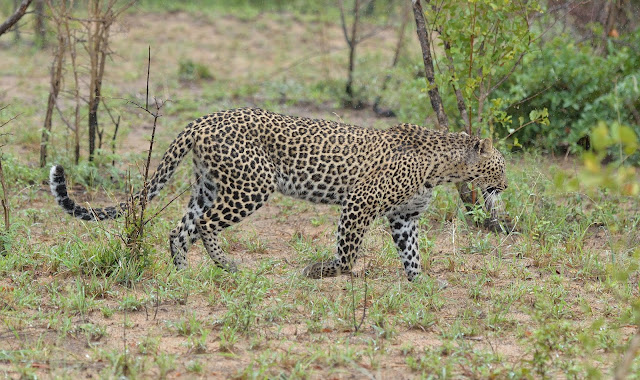 The Leopard slowly moving away.

The other cat we had good views of was the Cheetah. These cats are not often seen in the area as they prefer savannah rather than the bush terrain, however a group of 3 brothers do have a large territory in the area and we were lucky to see them twice. Once when it was nearly dark and then on another day in the early evening. We were watching some Lions when a car stopped nearby and told us the Cheetahs were a few miles up the road. After a bit of a drive we came across them as they walked towards a fallen tree. Each scent marked the tree before climbing up on the tree to look around. After a few minutes of watching these beauties they wandered off together. We were once again so lucky to get such good views. Even better was that it was our last evening and we were the only truck there watching them. 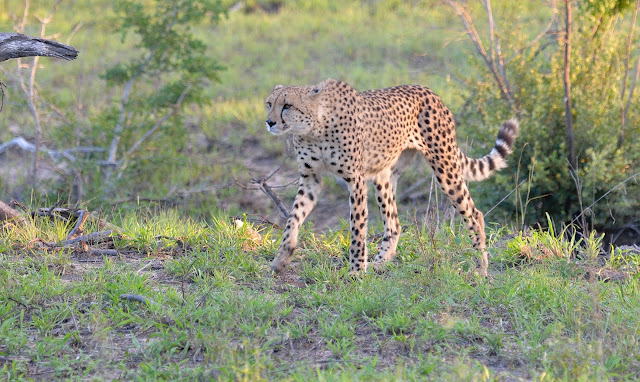 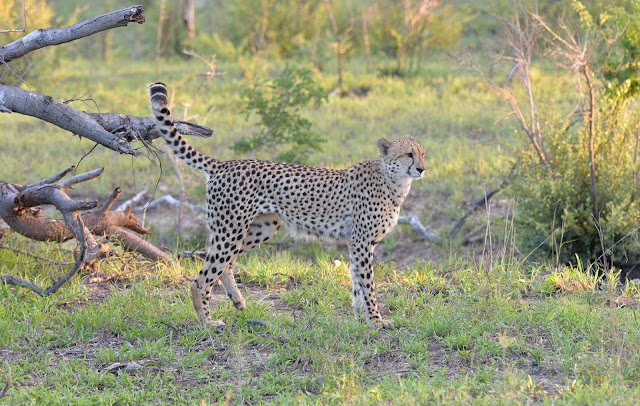 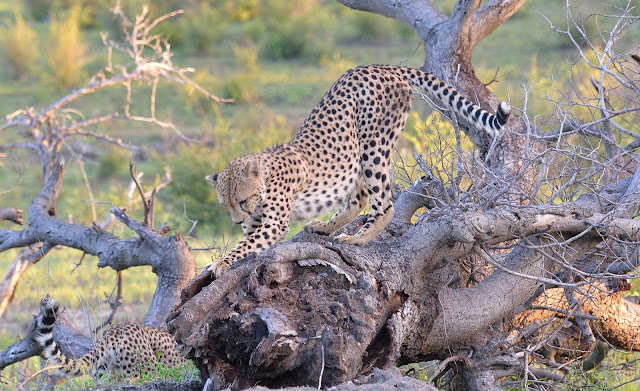 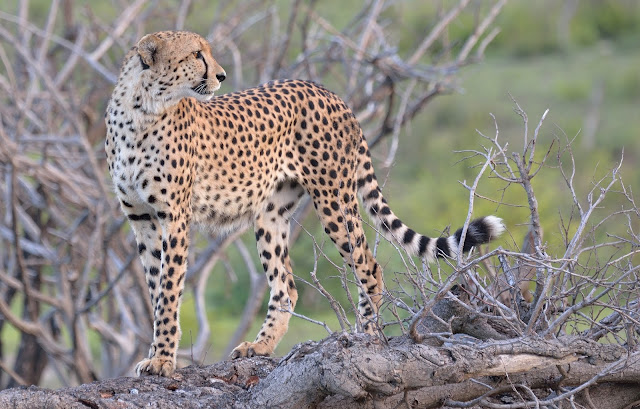 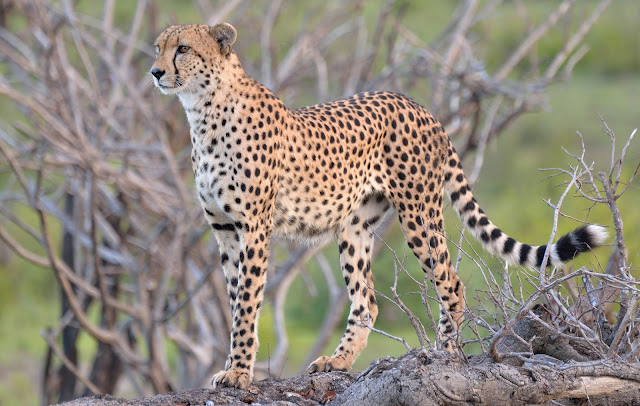 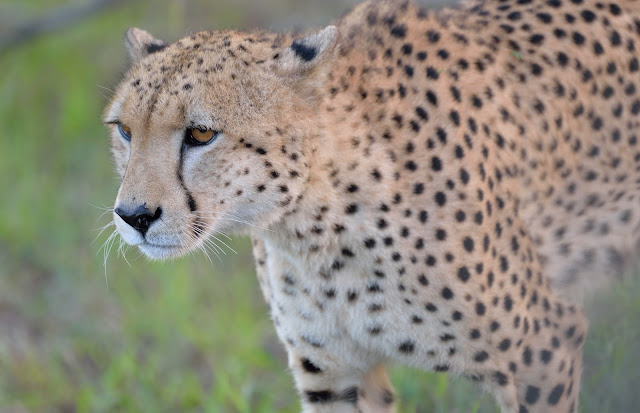 The Cheetah, another great cat!!

And so our great safari had come to an end. Such a memorable experience with Chris, made even better thanks to all the great staff at Jock Safari Lodge and a special thanks to David for helping us see so much in, at times, difficult conditions. The chef there also helped me put on a couple of pounds with his fabulous cooking!!

Posted by Bob Eade. at 19:11
Email ThisBlogThis!Share to TwitterShare to FacebookShare to Pinterest