Heathland and the Coast.

It's not easy following my last post as those Kingfishers were so special. However, with a couple of interesting trips out this week, the first to Ashdown Forest where Nigel and I were treated to our 2nd Red Admiral of the year a new post calls. Our main target were the displaying Woodlark, of which there were plenty to see and hear. We also came across a rarity in the form of a melanistic Common Lizard. Nigel spotted as it was basking in the sunshine. Being totally black we though at first that it was a newt. However, as I focused in close I could see that the eye was reptilian and then the scales became obvious. We have both seen black melanistic Adders before but this lizard was a first for both of us. I didn't have the macro lens with me but fortunately the telephoto does focus pretty close. More images can be seen on Nigel's blog http://eastsussexwanderer.blogspot.co.uk/
Well into the walk we stopped by a fallen tree to have a cup of tea. I then spotted a Woodlark descend down to the ground nearby. I managed to creep up on it to grab a quick couple of pictures, I was pleased to see it had its crest up. The only problem was that the light was very poor at that moment!! 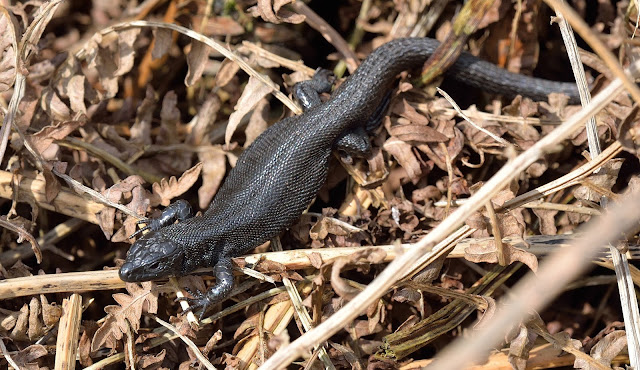 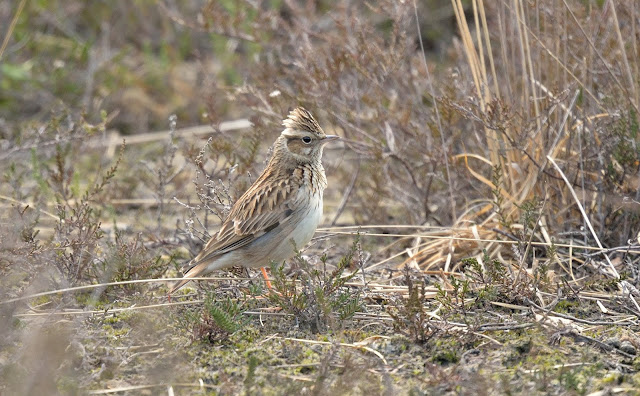 The following day I decided to do a bit more of a test on the new lens, seeing how it would perform focussing on the Fulmars at Newhaven. I was keen to try and get some images looking down on the birds, preferably with the sea as the background. I managed a few shots that I was quite pleased with, some taken from low down and some from the cliff top. 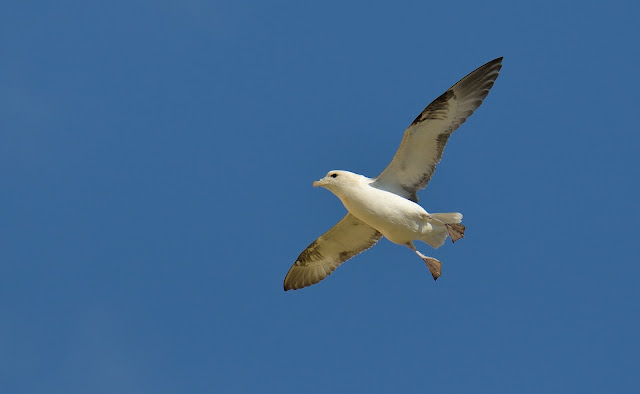 Fulmar coming in to land. 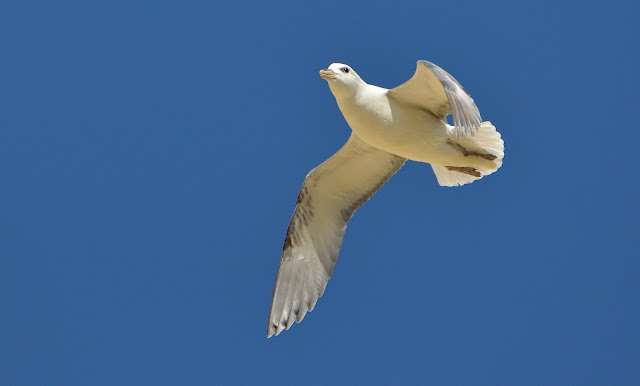 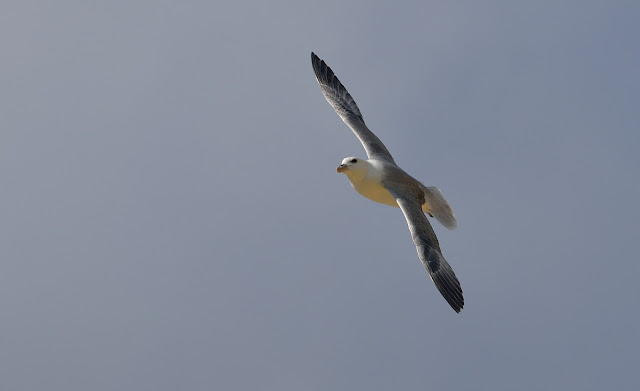 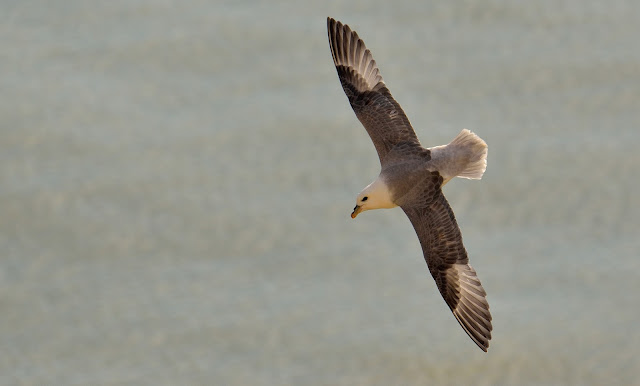 Fulmar (The shot I was hoping for).

Posted by Bob Eade. at 19:35
Email ThisBlogThis!Share to TwitterShare to FacebookShare to Pinterest