A gorgeous day yesterday brought in a return to The Burgh in totally different conditions to last Saturday. With the brighter weather the Raptors were also out in force with a very close encounter with a hovering Kestrel. I first spotted it about 50 metres away, I stood very still and it soon flew towards me and started to hunt just across the path over a field margin. Following this it was hoping to get close to the Red Kites. This didn't happen though, although plenty were seen displaying or hunting. It was then a wait for the Owls which didn't start to show until around 3.45. Strangely the first owl was a Barn Owl but this was followed shortly by the first of 2 Short-eared Owls. These were both seen battling with a pair of Kestrels. A small fast flying raptor was then seen flying low across the area where the Owls were. It then landed on the top of a small bush where it became obvious it was a Merlin, the first one I have seen at The Burgh. On the return to the car more Barn Owl sightings were observed, and going by flight feathers missing it was clear that there were at least 2 birds present and almost certainly 3. Unfortunately, apart from the early Kestrel I didn't manage any other photographs. 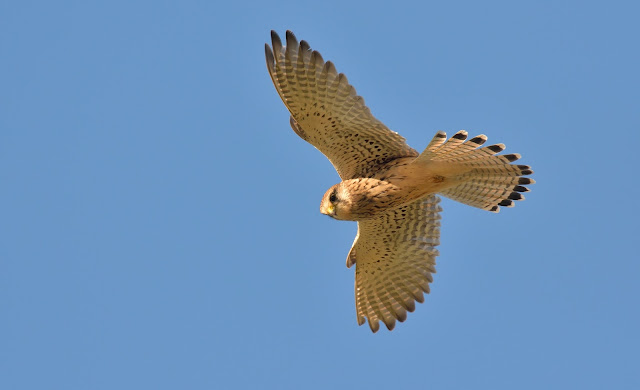 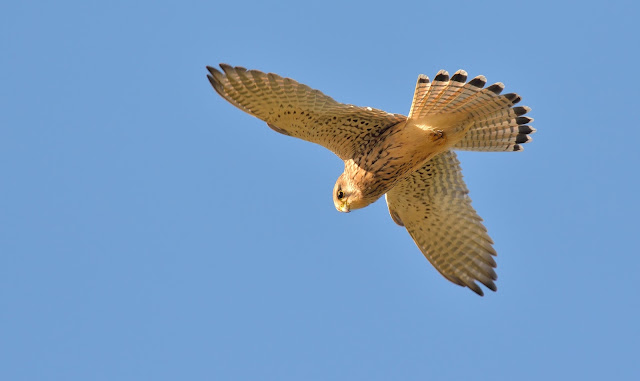 Posted by Bob Eade. at 15:23
Email ThisBlogThis!Share to TwitterShare to FacebookShare to Pinterest