It was an almost perfect birdwatching day, being cold and bright, so it was decided to head Dungeness way again hoping for the superb Glaucous Gull that had been there for two days. As well as this the Caspian Gull that has spent the winter there was also a target as neither myself or Pete had seen one of these clearly before. Starting at Pett where the Ibis was not showing itself we quickly moved on with just a few of the White-fronted Geese seen. At Dungeness we had the good fortune to join up with the Cooper's who were also hoping for the Glaucous Gull. Quite a few birders were looking for the Long-eared Owl and this bird seemed to be doing the same as the Ibis, with no sign of it. Eventually I saw a tiny movement deep in the bushes and there was the Owl. I was really pleased to spot the Owl as I was now going to benefit from the expertise of John and David Cooper on the beach. Unfortunately the Glaucous wasn't seen all day but soon they were pointing out the Caspian. Without their expertise we would probably still be there now trying to find it!! We were soon taking some pictures of this rare bird with David pointing out the id features and then encouraging it to fly so we could get some flight shots. All this time David was making sure we kept on the bird and not the Herring Gulls that were flying with it. Special thanks must go to both John and David for their help in us getting some pleasing images of this great Gull It is always a pleasure seeing them and taking advantage of their knowledge. 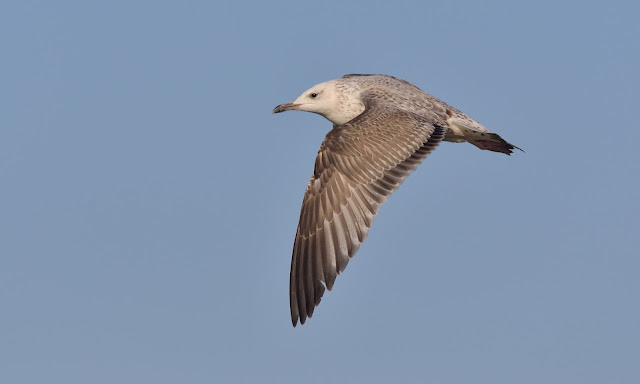 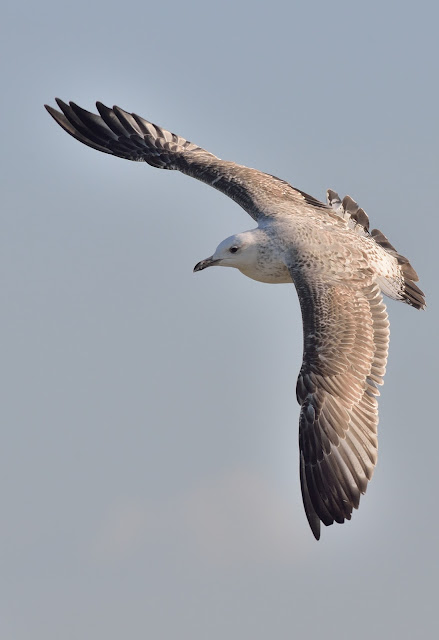 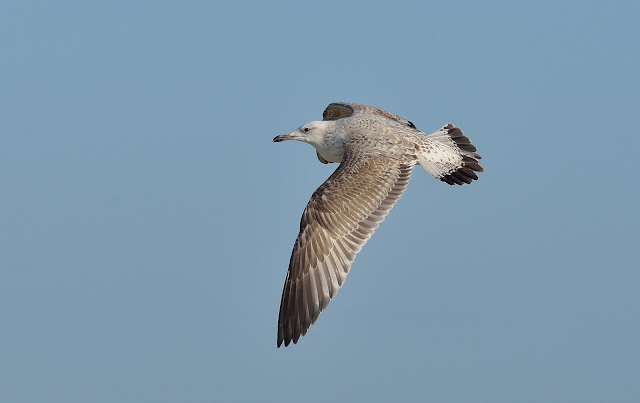 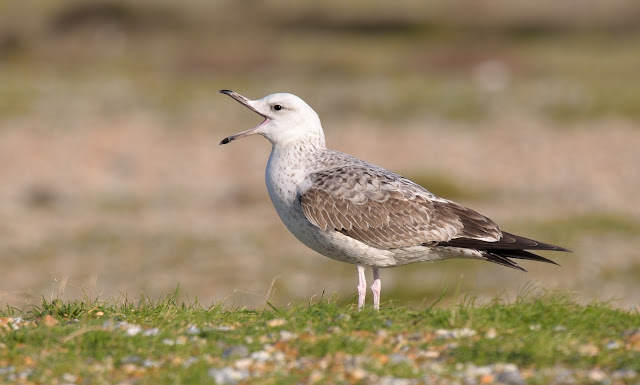 Caspian Gull laughing at us!! 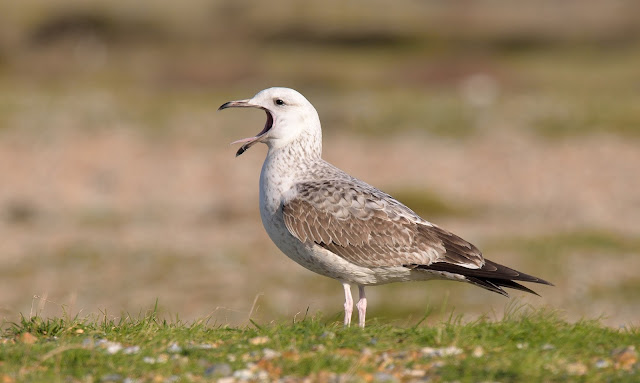 Caspian Gull sticking its' tongue out at us. 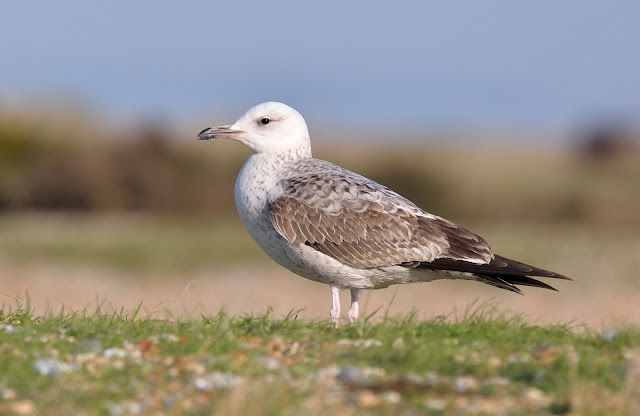 Following this Pete and I headed for the viewpoint on the RSPB reserve as some Penduline Tits had been seen during the week. Unfortunately they didn't appear but a Kingfisher was seen several times. A few other birders were there as well and a small Wader flew up from the reedbed and dropped down into a clump of reeds. Immediately it was thought it was a Jack Snipe and a few of us scanned the reeds to see if we could see it. I thought I maybe had it as I could see some golden brown stripes amongst the reeds. I called for a scope to get a better view and there it was, my best ever view of a smart Jack Snipe, just standing totally still amongst the reeds with everyone there getting a great view of the bird. No photos, but the bird of the day!!
Then at the ARC pit we had a pair of Bearded Tits picking up seeds off the ice at the same time as 2 Cetti's Warblers chasing each other and then individually also picking seeds off the ice. Not quite clear enough for pictures but stunning viewing, and of birds that are rarely seen!! A bonus of 3 Bewick's Swan on the pit and several Great-white Egret and Marsh Harriers finished the day off superbly. We were then looking forward to listening to the Cricket on the way home when we found that it had finished early with England winning. Days don't get much better than this.

Posted by Bob Eade. at 18:19
Email ThisBlogThis!Share to TwitterShare to FacebookShare to Pinterest