With the Long-tailed Blues still not emerging in quantities yet, perhaps struggling in the steady cool breeze that seems to be haunting the South coast this year it was a short trip up Seaford Head to see how the Small Coppers were faring this autumn. The answer was not as good as last year with only 4 seen. However, all was not lost as there were a couple of other delights including a superb Fox Moth larvae. This species is often seen in the autumn in its larvae form, but rarely seen as an adult moth. I have yet to see one properly. As ever the larvae was on the ground amongst the grass, but was coaxed off the ground to show it off better. 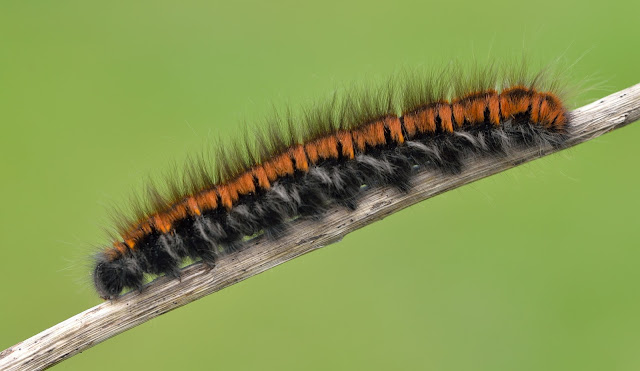 After this I went to check out Harry's Bush to see if any migrant birds were around. Apart from a few Chiff Chaffs there was very little. Walking along the Gorse bushes though I hit lucky when I saw a Meadow Pipit take off from the ground and land on the far side of the bush. A couple of steps further I saw there was a small gap in the bush and I had a clear view of the bird, and the bird did not appear to see me so I was able to get a few shots off. The bush around the gap also gave a really nice softened surround which helped to show the bird off just as I was hoping. 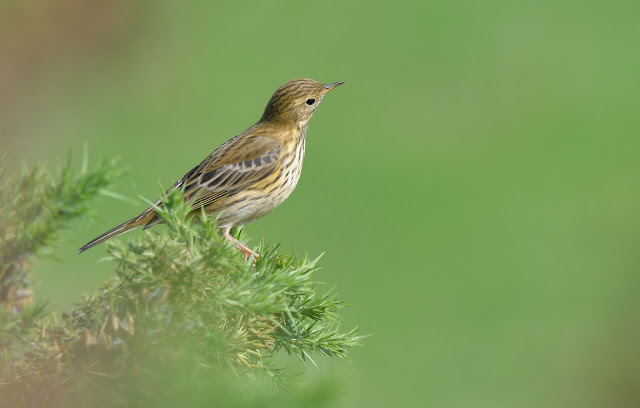 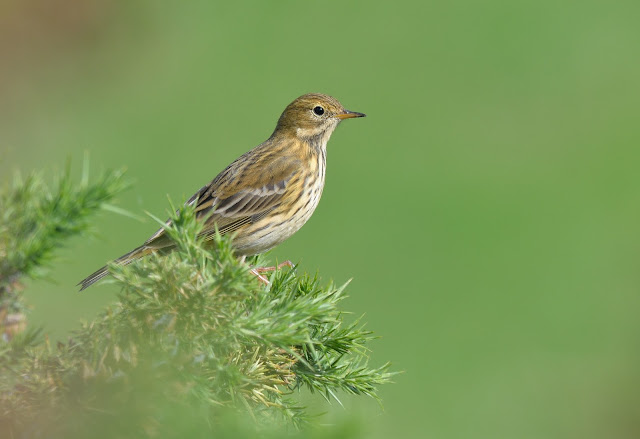