My moth trap has been very much ignored this year, but at last I've dusted it off and last night I put it out for only the 3rd time this year. It wasn't totally successful probably due to the near full moon and the breeze but there was a few nice moths to greet me this morning. I didn't spot the Privet Hawk Moth until I was having my breakfast and I saw it under a garden chair. 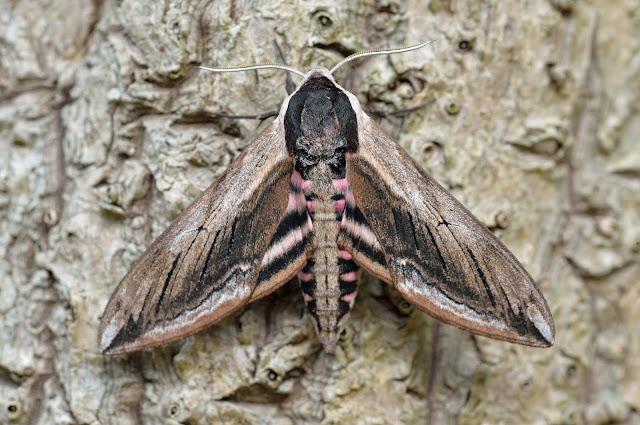 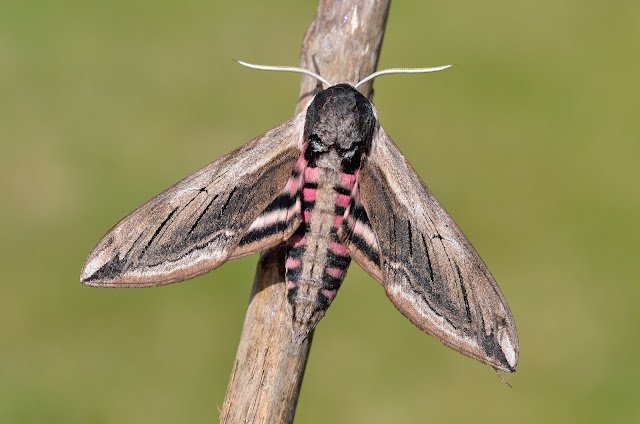 In the trap was a male Four-spotted Footman, a species that was until recently a scarce migrant. It now seems to breed locally as it now turns up quite frequently in moth traps. There was also a smart female Broad-bordered Yellow Underwing. I'm sure that I've had males of this species in the past but I can't recall seeing the female before. There was also an aged Elephant Hawk Moth. After I had finished sorting through the moths I noticed a Holly Blue settle on the garden ivy. It sat there long enough to get an underside picture. 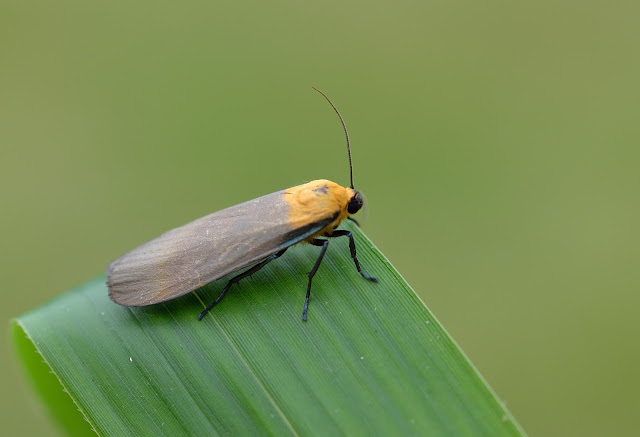 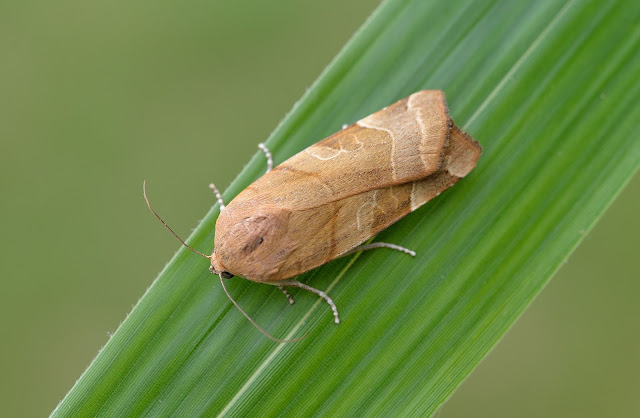 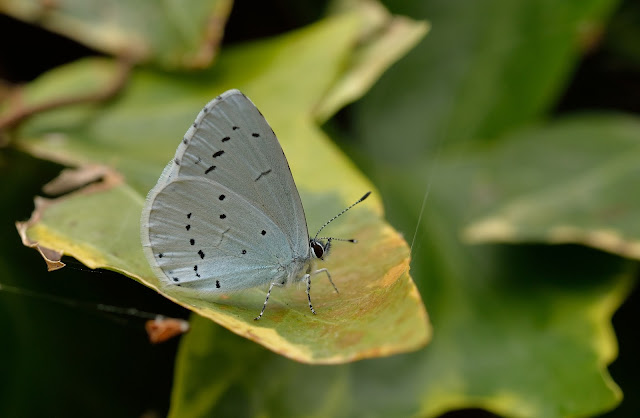 Posted by Bob Eade. at 21:29
Email ThisBlogThis!Share to TwitterShare to FacebookShare to Pinterest