The Hills are Alive!!

No, I am not about to burst into a song, and despite the fact that Pen went to The Sound of Music in Eastbourne last week, I am thinking more about the large varied quantities of butterflies on the local downland at the moment. Since the first Chalkhill Blue emerged on July 2nd numbers of this species have been very slow to build up. With a sunny still morning yesterday I went up on the downs early to see if I could photograph a Chalkhill Blue waking up. As it was I struggled to find any, but eventually I saw one still asleep at the top of a blade of grass. Eventually he woke up and gave me the opportunity I was after. I also managed to get images of both male and female Gatekeepers. Later in the day I did a survey on the edge of Friston Forest. Massive numbers of some common butterflies were seen including several colonies of Essex Skipper. I also saw a White-letter Hairstreak en route at a site I saw some a couple of years ago. I will be doing a more detailed report on the Hairstreak during the week. 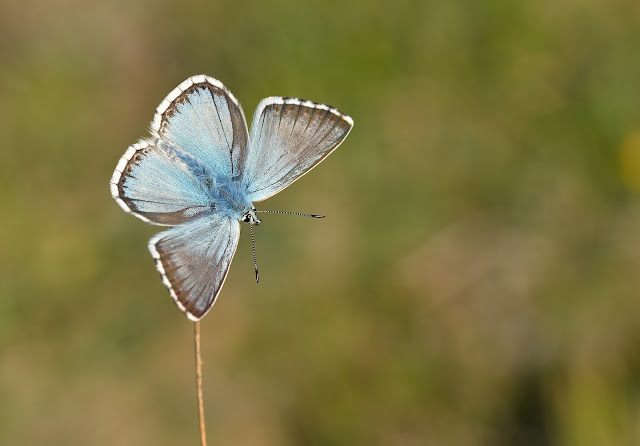 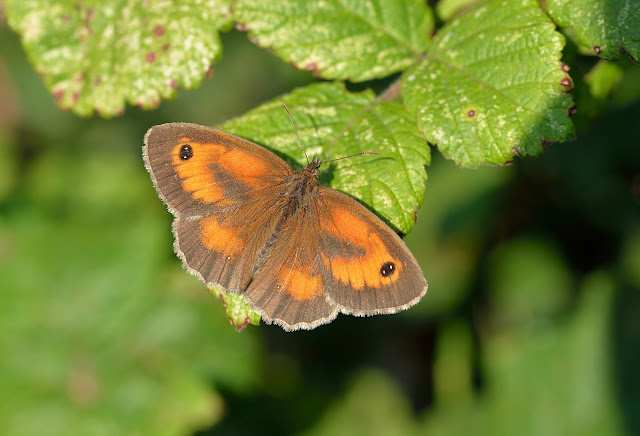 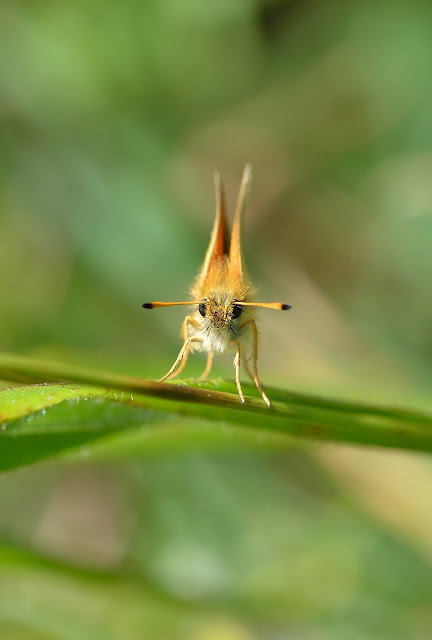 Today I went back up on the local downland after the rain had cleared. Chalkhill Blue numbers were improving with a couple of females seen amongst the males. Marbled White numbers are slowing down now but there did appear to be some newly emerged females and I did see 2 mating pairs. I was hoping however to see 2nd brood Wall Brown as well as my first Silver-spotted Skipper of the year. 2 male Wall Brown were seen and then later several of the Skippers. What was surprising was that one of the Silver-spotted Skippers was laying eggs so she must have been around for at least a couple of days. I also saw a mating pair as well as a few very newly emerged. A Small Skipper was also seen egg laying. 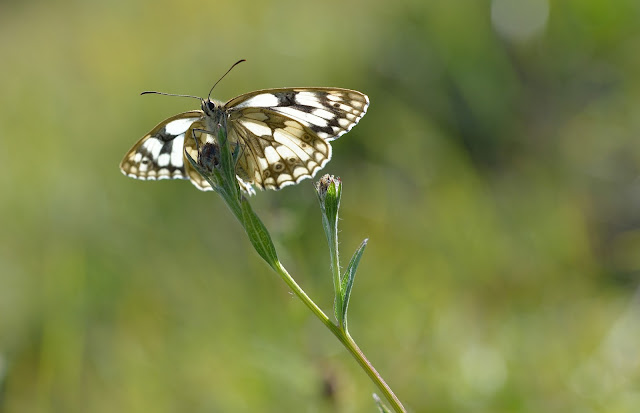 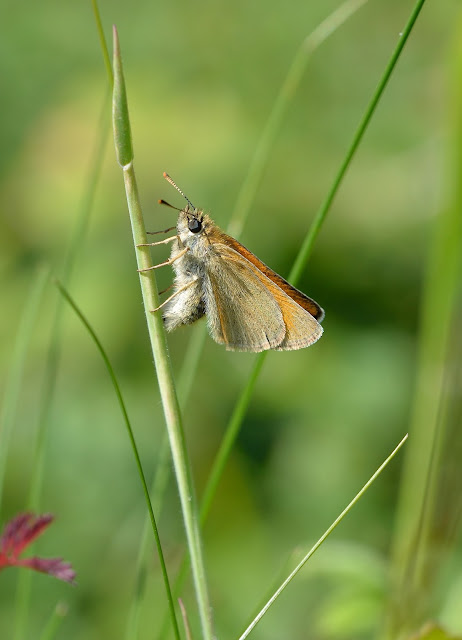 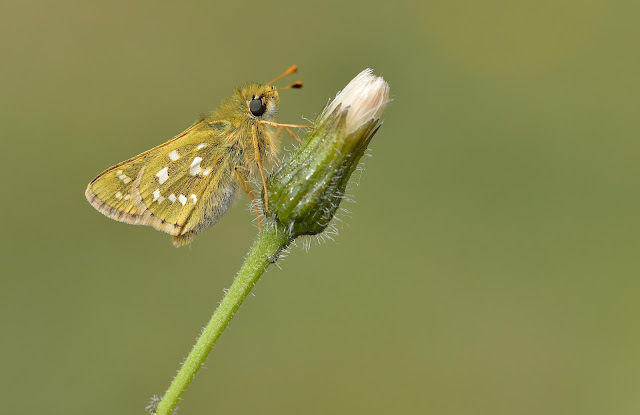 Posted by Bob Eade. at 18:05
Email ThisBlogThis!Share to TwitterShare to FacebookShare to Pinterest