Despite the steady breeze at home yesterday I decided to head up to the forest to see if I could find some dragonflies and damselflies to photograph. It turned out to be a great day for watching these gems, not so good perhaps with the camera but that may even have helped the enjoyment as it was great just seeing the activities unfold.
I started off at a small Silver-studded Blue colony but although I saw 3 males these were now past their best. Moving on I then visited several of the acidic pools where there was plenty of damselflies flying. Mainly Large Red and Azure but the Small Red numbers were also picking up nicely. Dragonflies were mainly Four-spotted Chaser and Emperor but several Keeled Skimmers were flying. I did find a newly emerged Keeled Skimmer which allowed a couple of pictures. 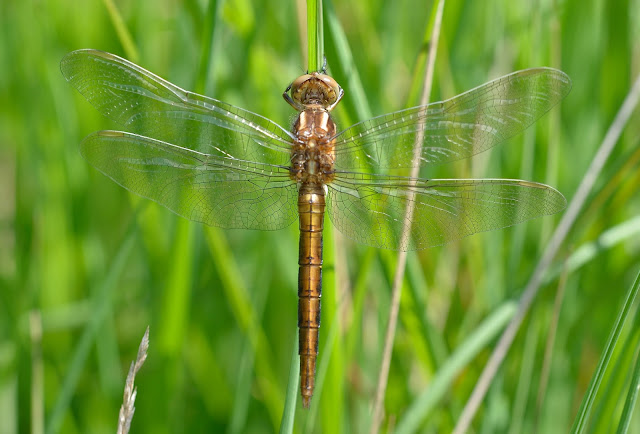 I then went to an area where I was hoping for some Emerald Dragonfly action. For the next couple of hours I watched Downy Emerald and a probable Brilliant Emerald patrolling one of the ponds. Every now and then one settled but out of reach with my macro set up. An Emperor was egg laying in the centre of the pool with a male in attendance, this at times put the other dragons off. However, the best sight of the day came when a Golden-ringed Dragonfly appeared and was egg laying in the water flowing into the pool. This dragonfly laid its eggs by hovering and to keep dipping its abdomen into the water. This must have used an enormous amount of energy for such a large dragonfly!! On the way back to the car I stopped at a few more pools where I managed a few shots of the Small Red Damselflies and an immature Emerald Damselfly. 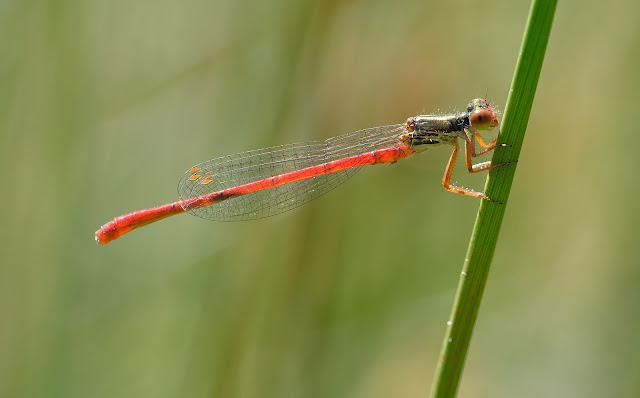 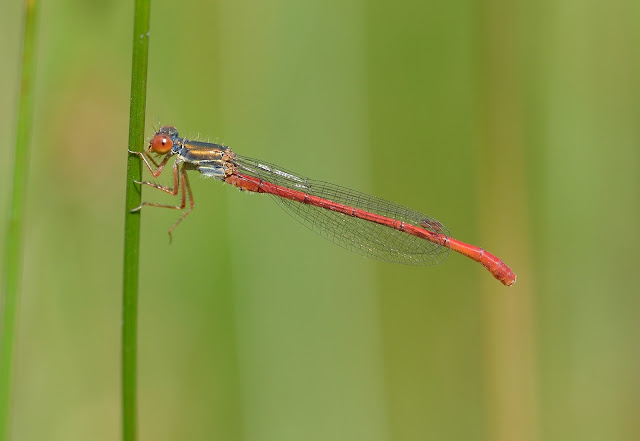 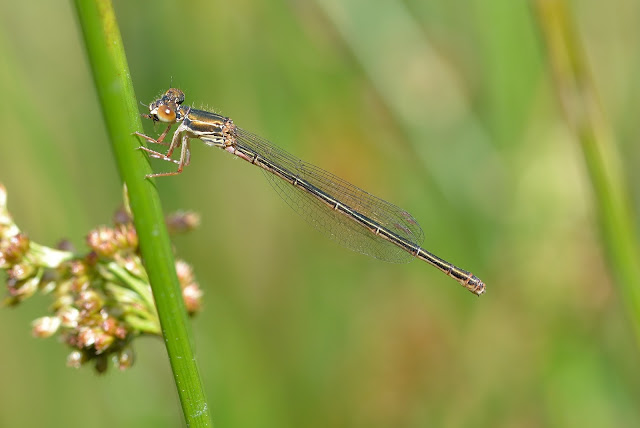 Posted by Bob Eade. at 12:25
Email ThisBlogThis!Share to TwitterShare to FacebookShare to Pinterest