With a warmer day yesterday and light winds I decided last night to put out the moth trap for the first time this year. At 6.45 this morning I was beginning to question my wisdom whilst looking into the moth trap and listening to a neighbour scraping the ice off their windscreen!!
Well, it wasn't a massive success with just 3 Early Grey and a Common Quaker but at least the dust has fallen off the trap. The Early Greys were also very fresh looking. 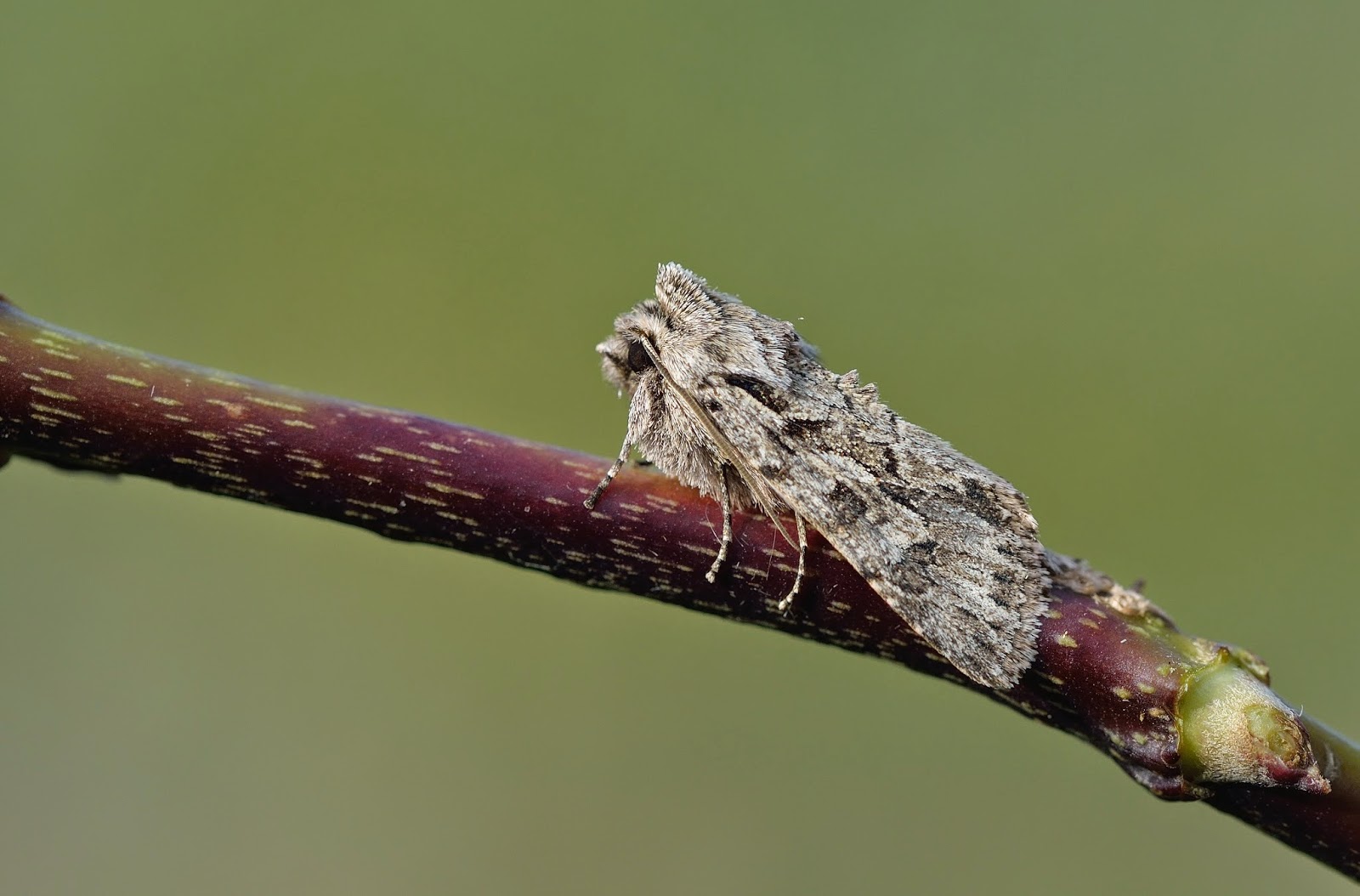 A little later it was off to the Downland looking for Adders. Despite a cool breeze blowing it started to look good with 5 all curled up together. Further along another 2 were seen including the female I photographed a little over a week ago. Then back near the group of 5 a very large female appeared, possibly the biggest Adder I've seen over the years. It did look as though it was due a moult soon as it looked quite dull in colour although the head area was brighter so it may have started the moult. 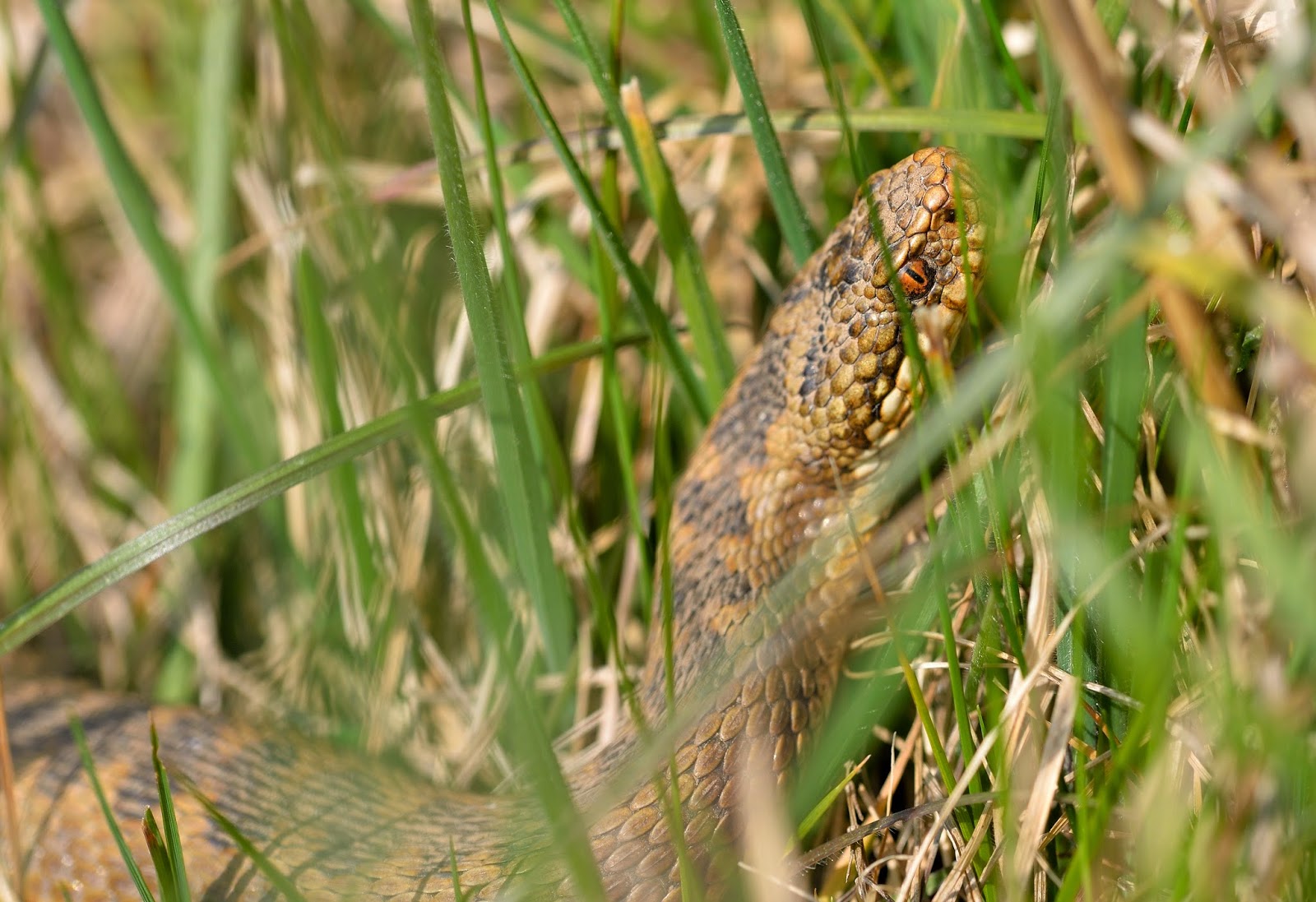 Just before moving into the Gorse.

Two Swallows were also seen hawking for insects just above the ground.