With the weather being a bit up and down over the weekend I had a quick look for more Pupa on Saturday. It was only a quick look and no more were found. A Wall larva seen as well as 2 very small Marbled White larva. These were only just over 1 cm. long. 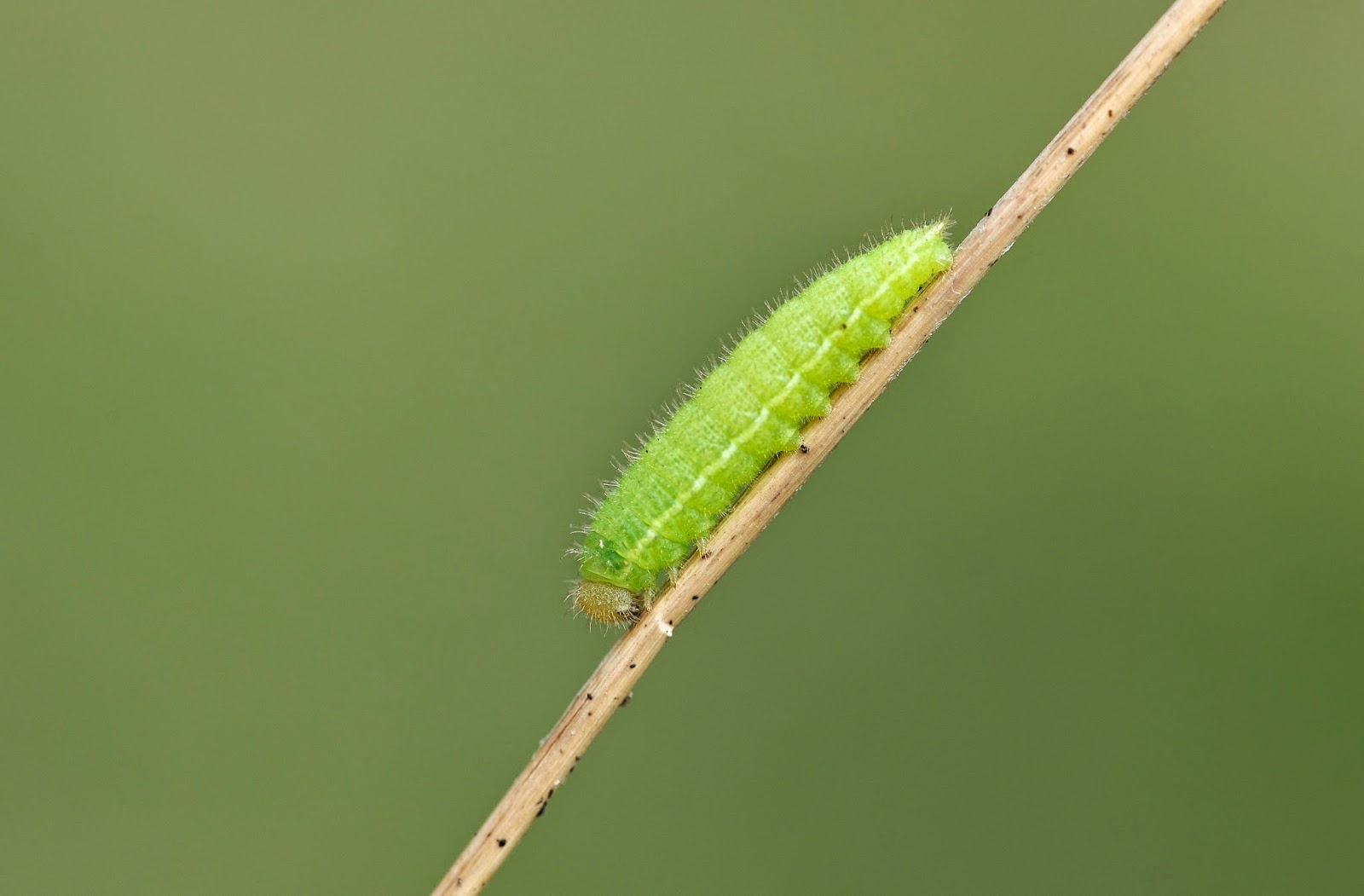 The sun decided to shine a bit more this morning and I was greeted by 2 male Wall Brown fighting amongst themselves. A few Grizzled and Dingy Skippers were also showing and then a Small Heath flew past. This was in the same spot as my first Small Heath from last year. A little later I had my 2nd new butterfly for the year today with 2 Green Hairstreak fighting. At this moment the sun went in and stayed in for much of the remainder of the day. The Hairstreaks were not seen again.
Later in the day I went to look for roosting Skippers and all I found was a Dingy Skipper. The sun did actually appear for a short time and the Skipper briefly opened its wings before deciding to go back to sleep. 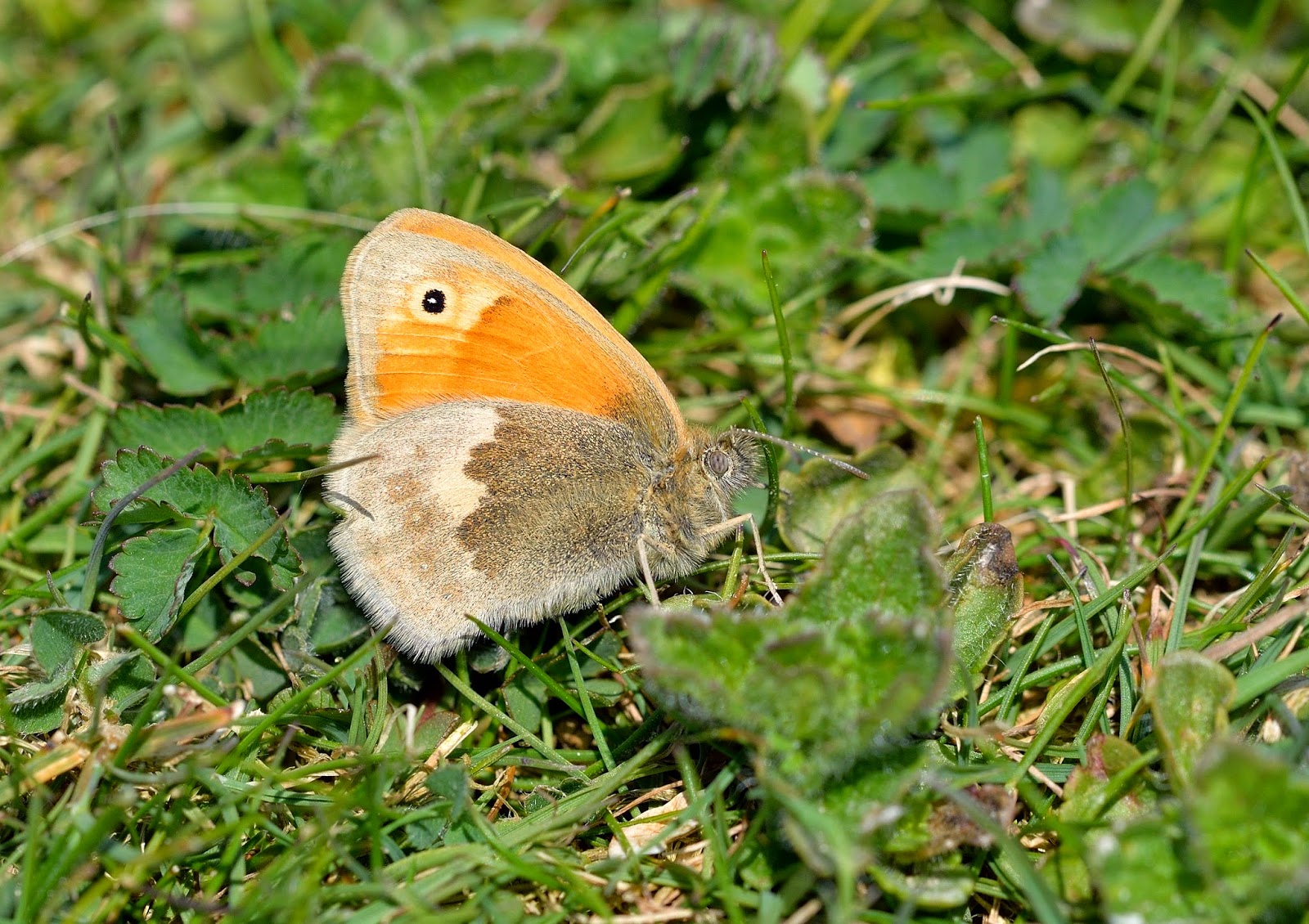 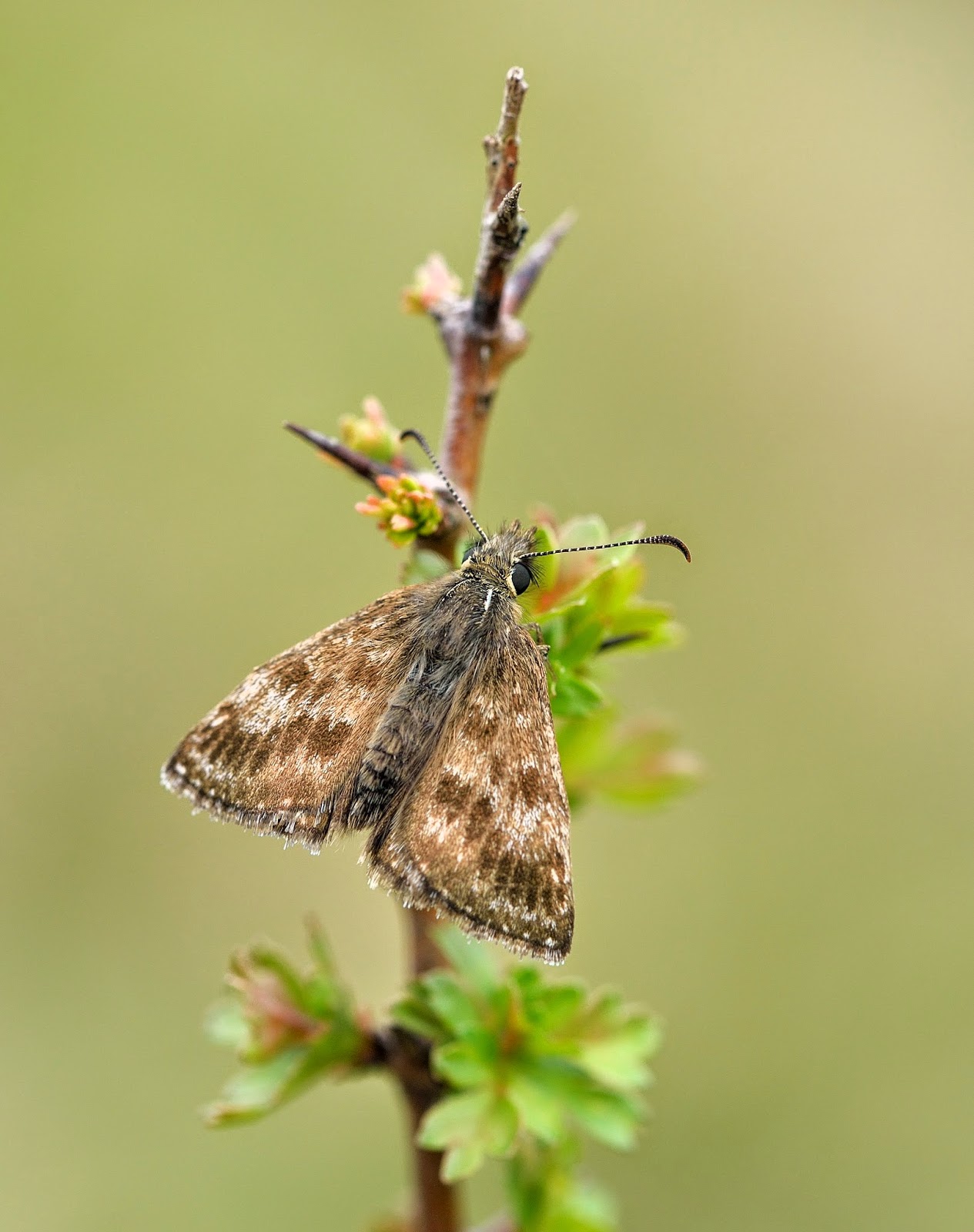 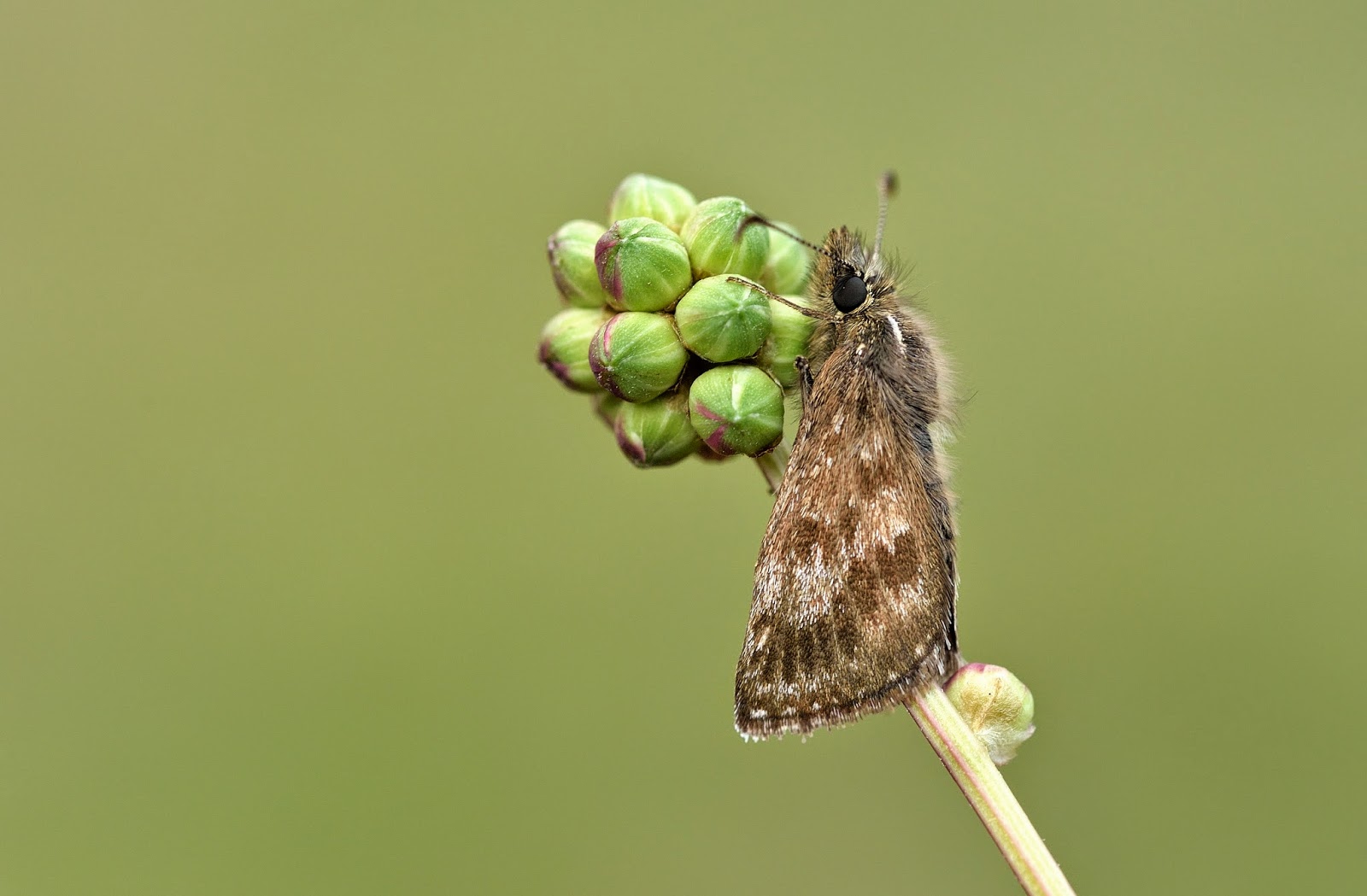 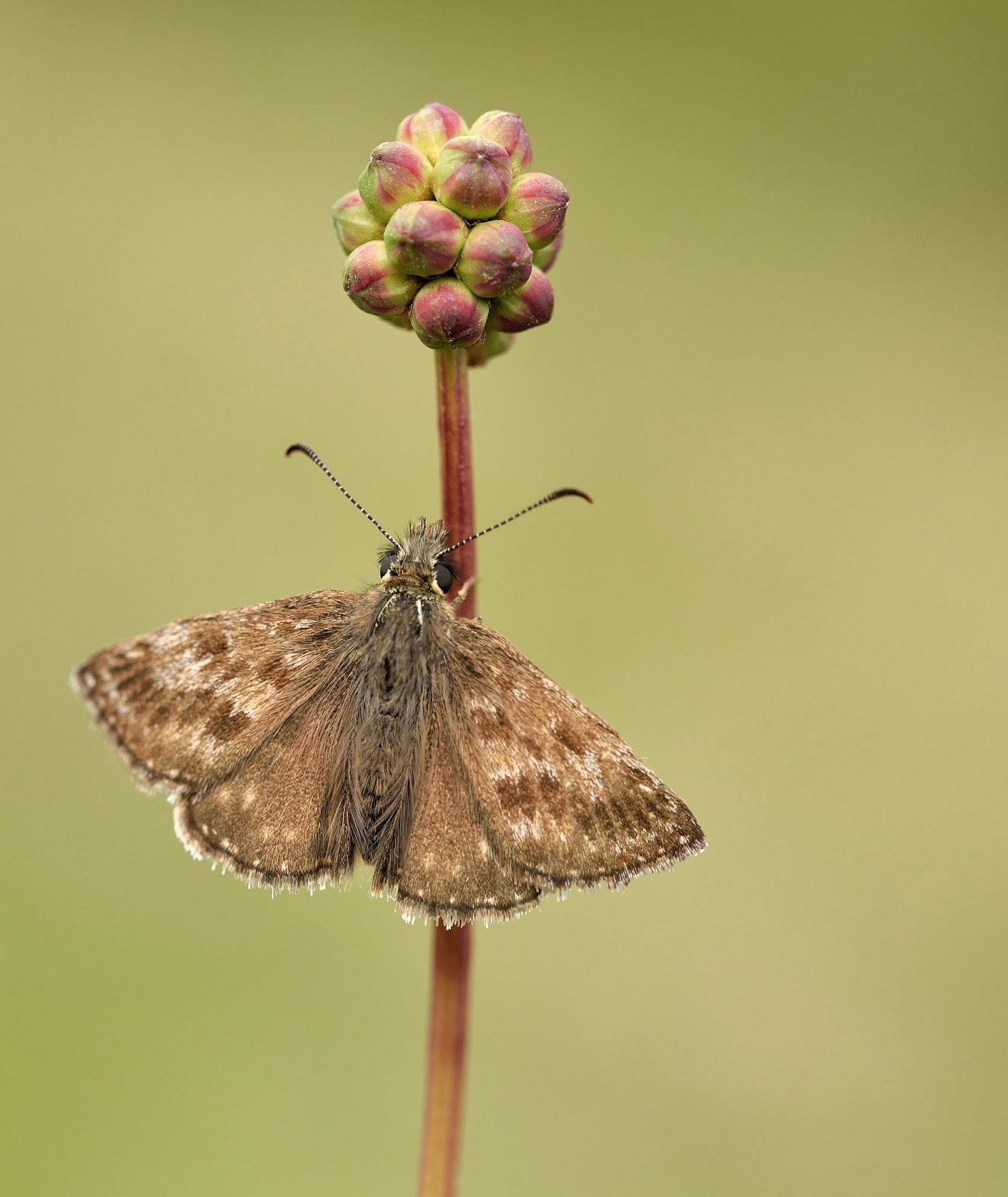 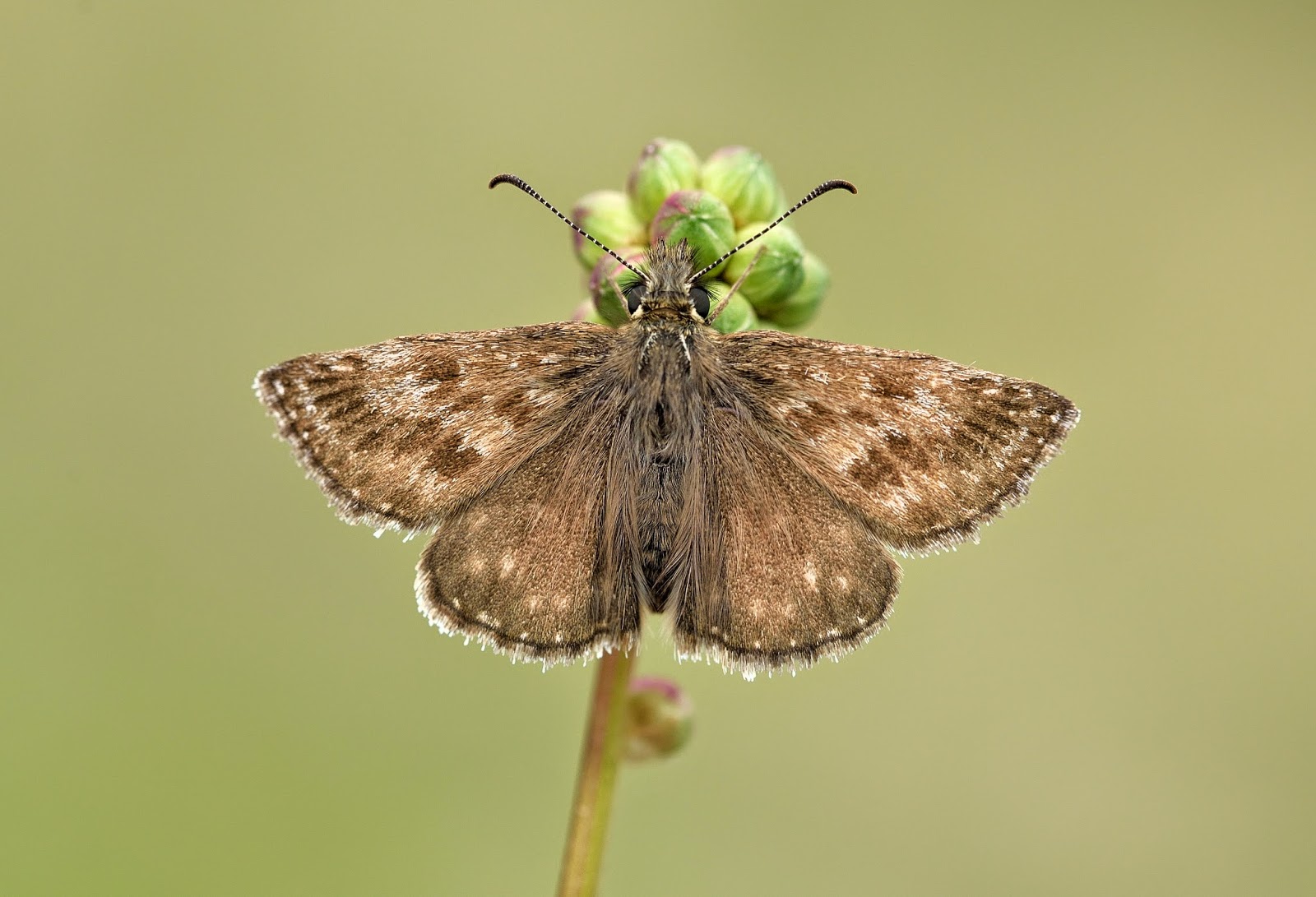