It was back to the Downland today looking for the Adders again. In all 7 were seen including three basking together, which would have made a cracking image if I was able to approach closer than I would have been able. In amongst one Gorse Bush a male and female together allowed a close approach. In fact the female was almost ignoring me, just moving into the cover a little and then coming straight back out again. I watched her for some time until the sun weakened a little and she vanished down a hole under a Gorse branch. 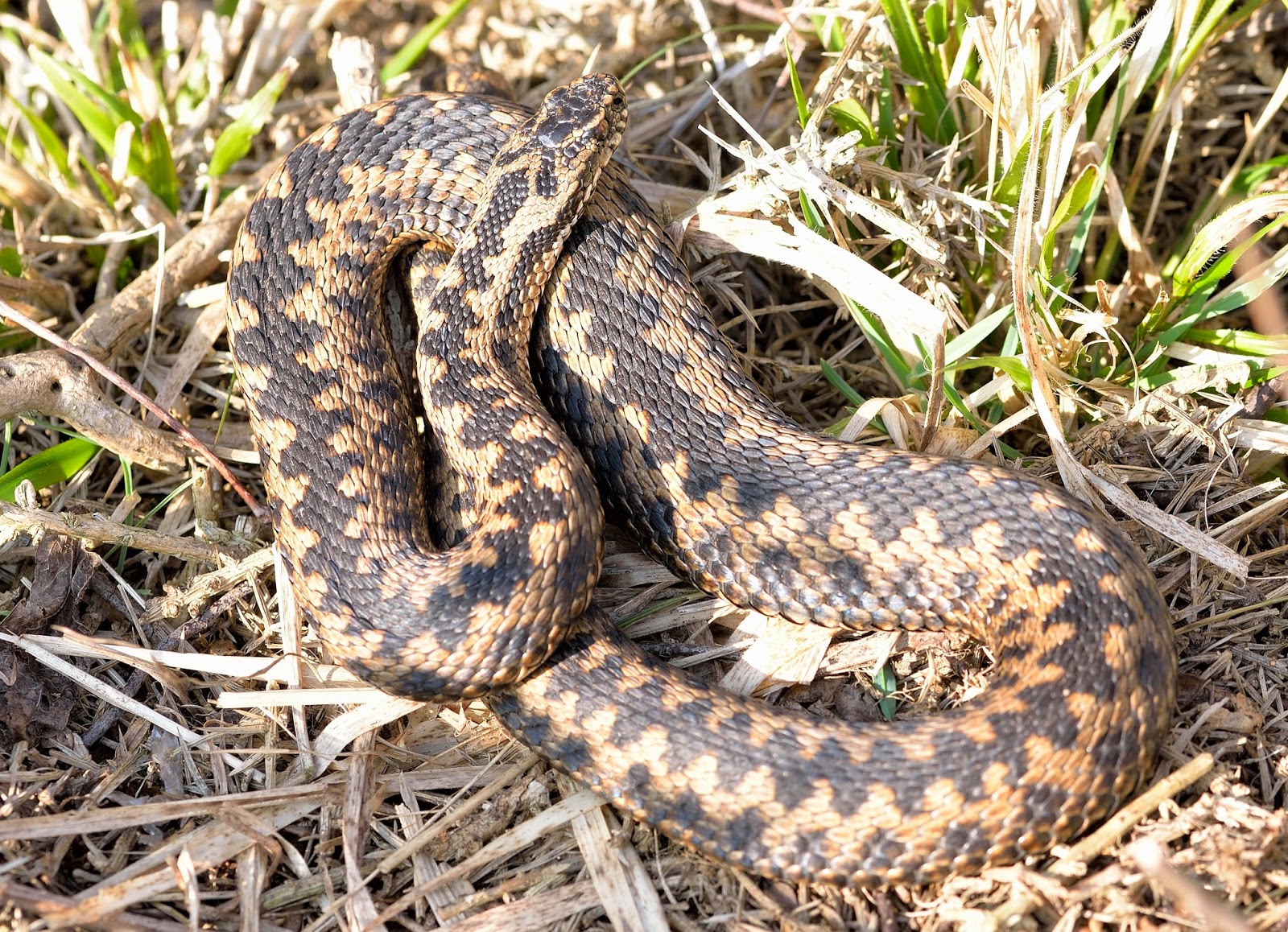 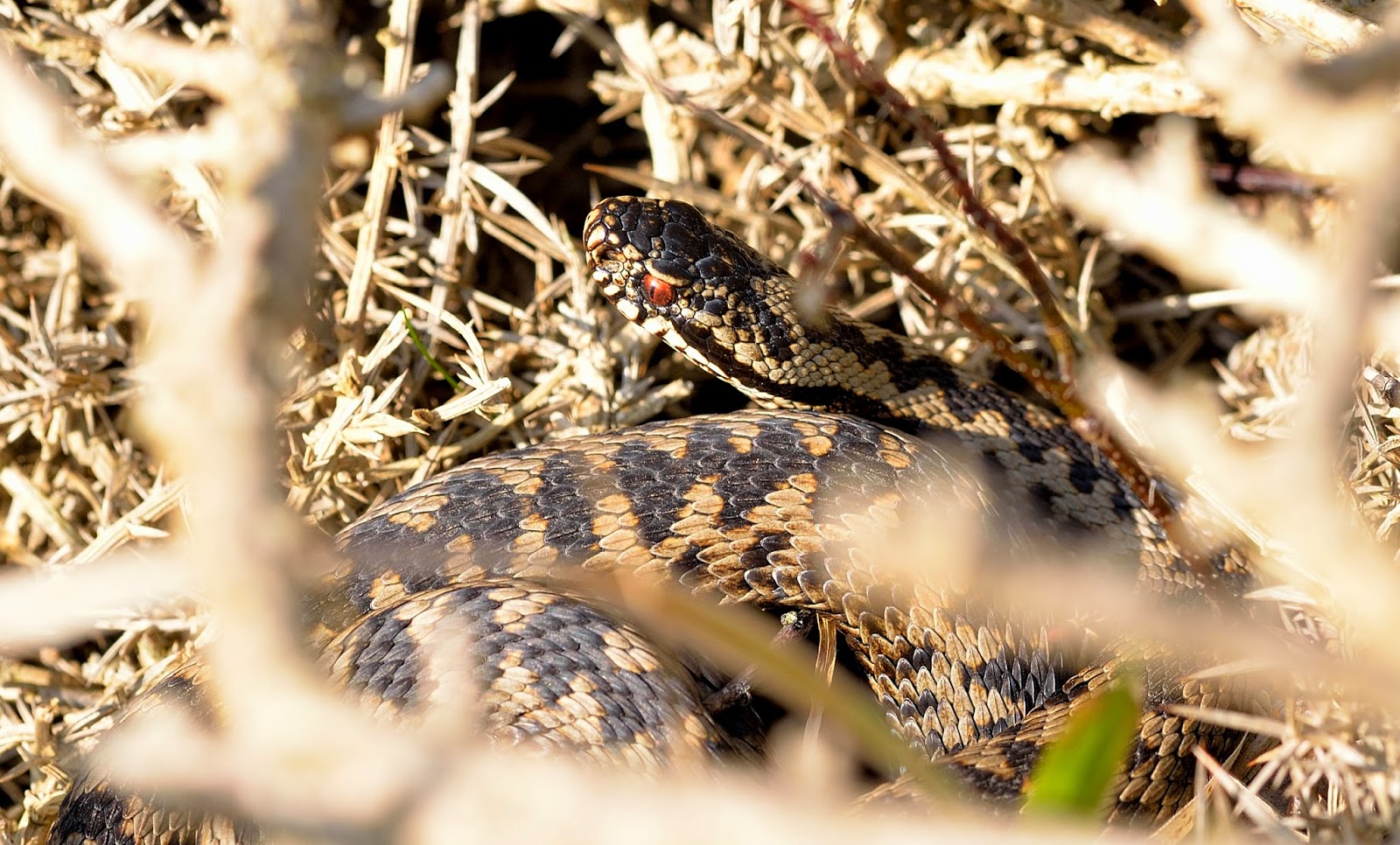 Partly hiding in the Gorse. 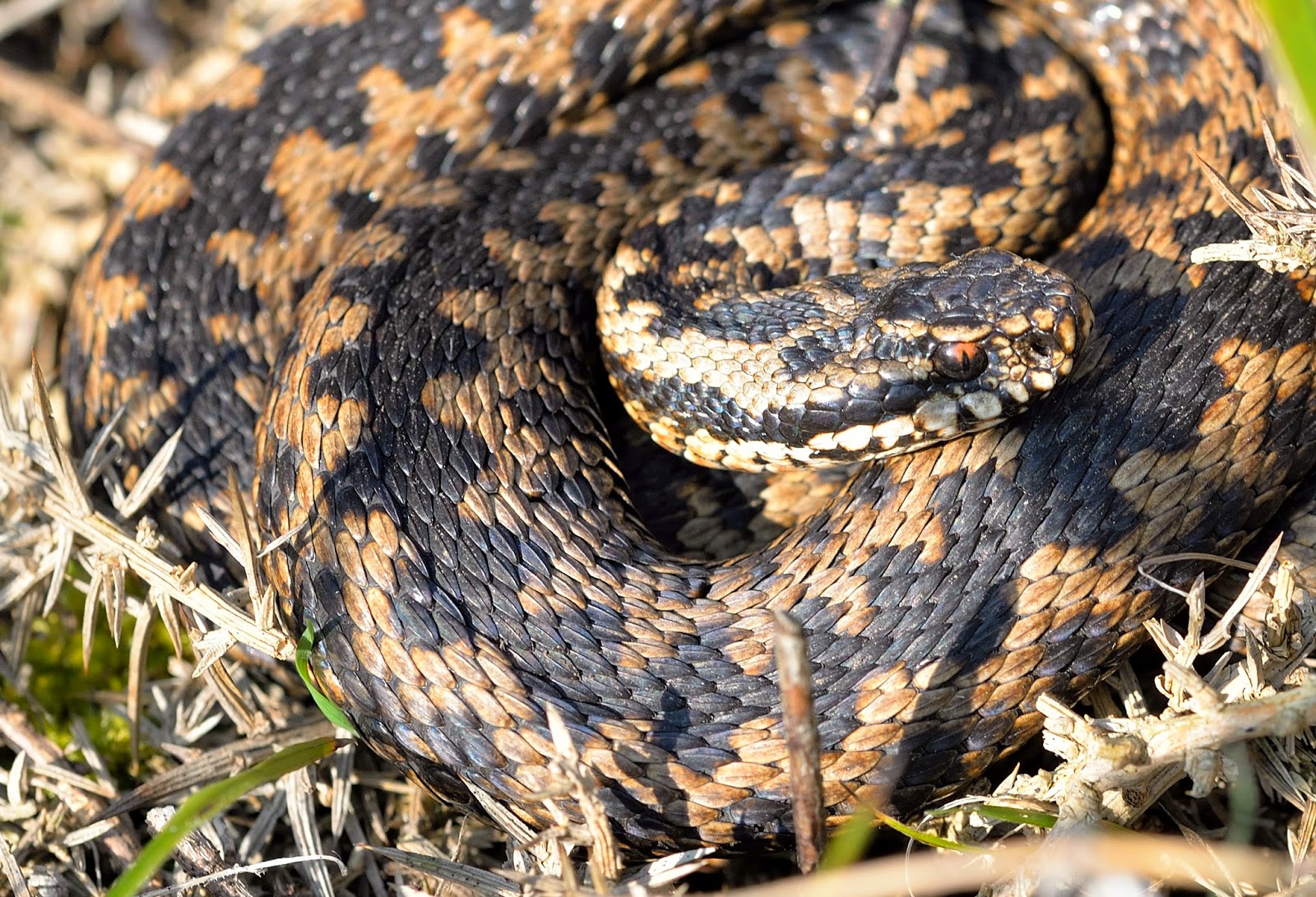 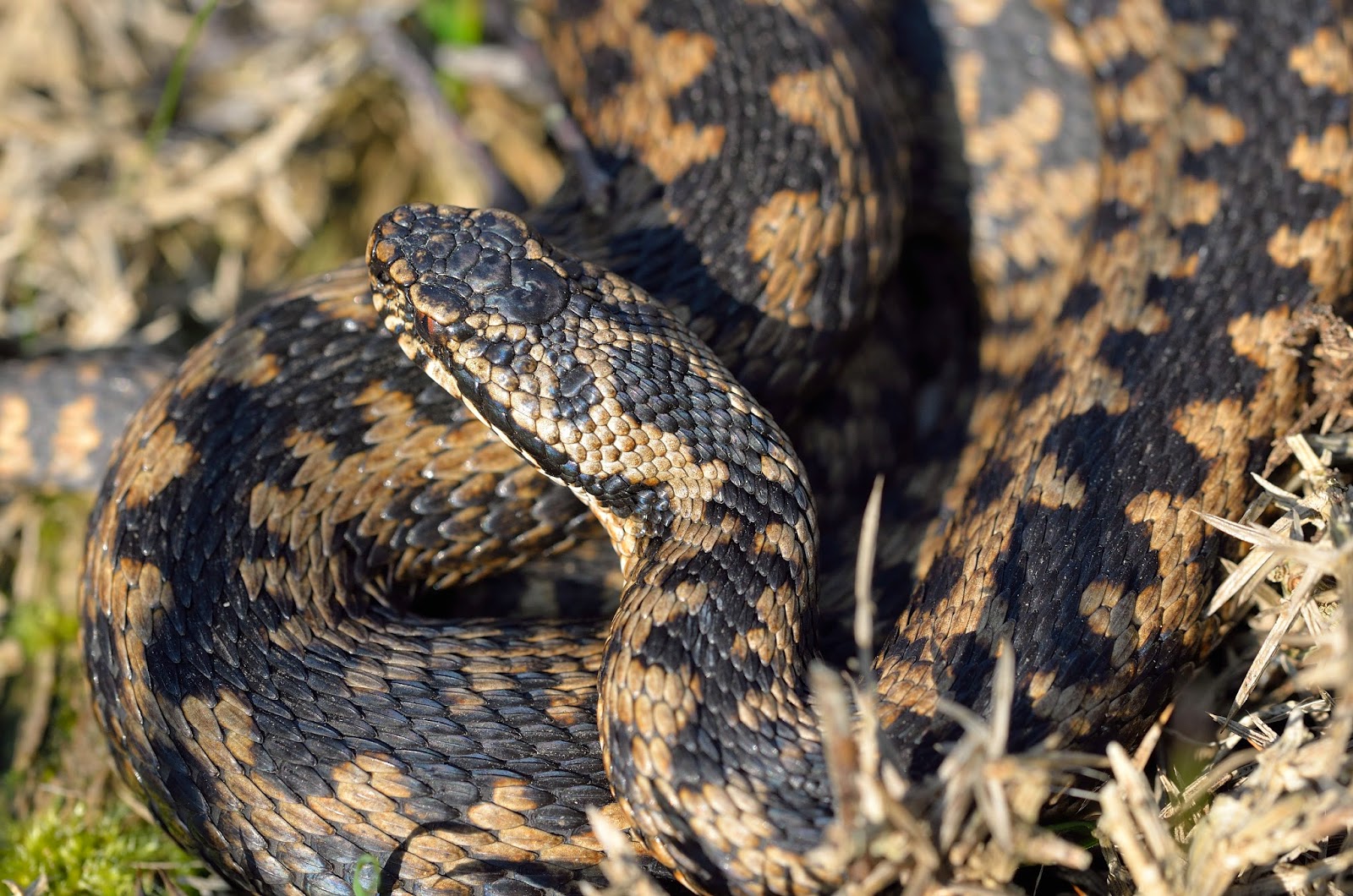 On the way home I called into Horseshoe Plantation where I had great views of two Firecrest and several Chiffchaff.
Posted by Bob Eade. at 18:35
Email ThisBlogThis!Share to TwitterShare to FacebookShare to Pinterest