On Wednesday, along with Nigel it was a trip to a part of Ashdown Forest that was new to me. Once again there were some new ponds to look at and several Black Darters were flying.
At one pond Nigel spotted a spider sitting on the pond and suspicions were that it was a Raft Spider. He went to take some photos of it and I was wondering what he was doing as the spider I was looking at was not where he was. It then became obvious that there was 2 different spiders. Looking through the binoculars more appeared with more than a dozen seen with a variety of sizes.
It was amazing seeing them being able to walk on the water. 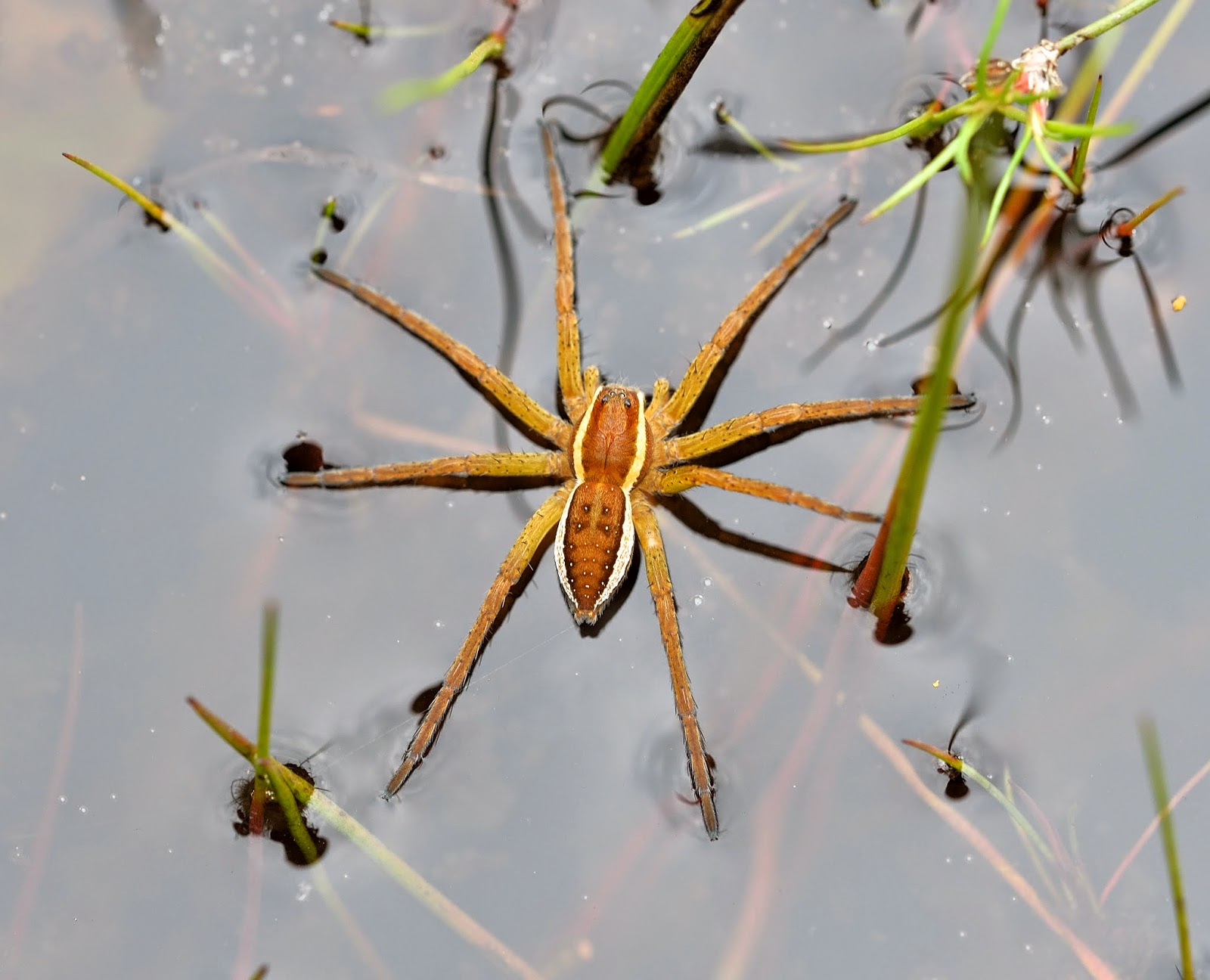 Some also had some of their legs under the water where apparently they feel for the vibration of small fish or water insects. 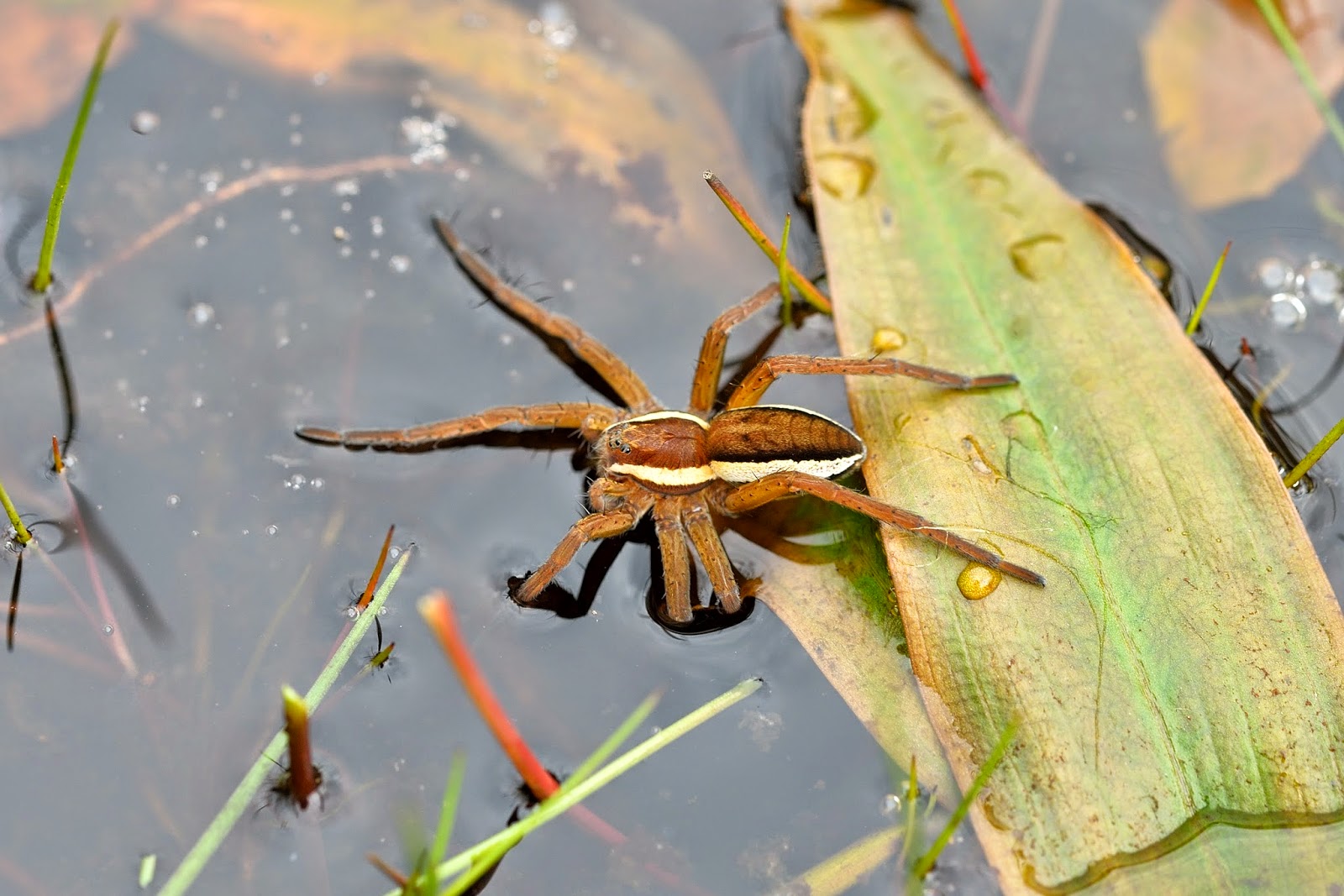 This one below seems to have a bubble on its leg. This may be so if it has to submerge it still has a small air supply? 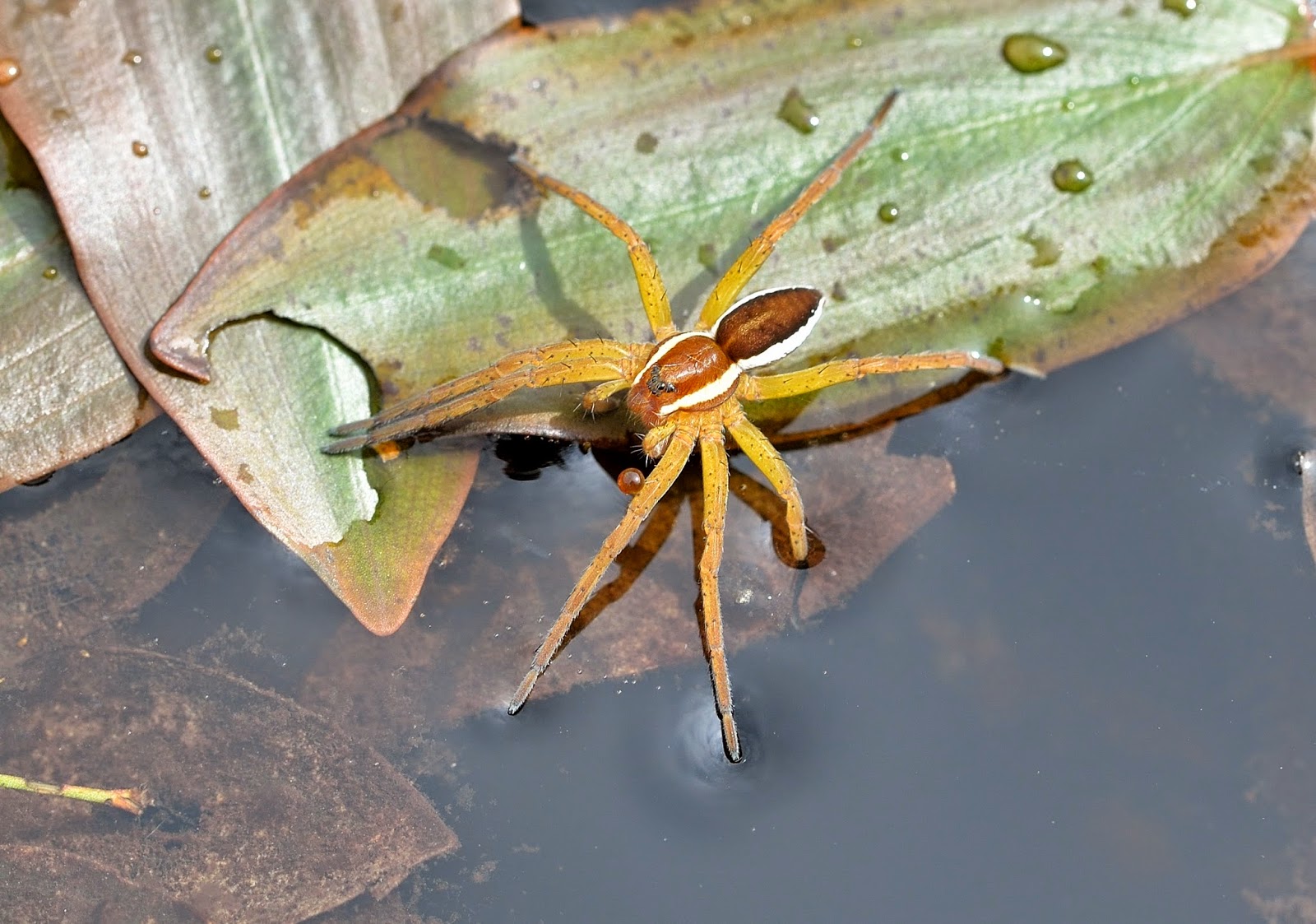 This one below was the largest so we assume was a female. 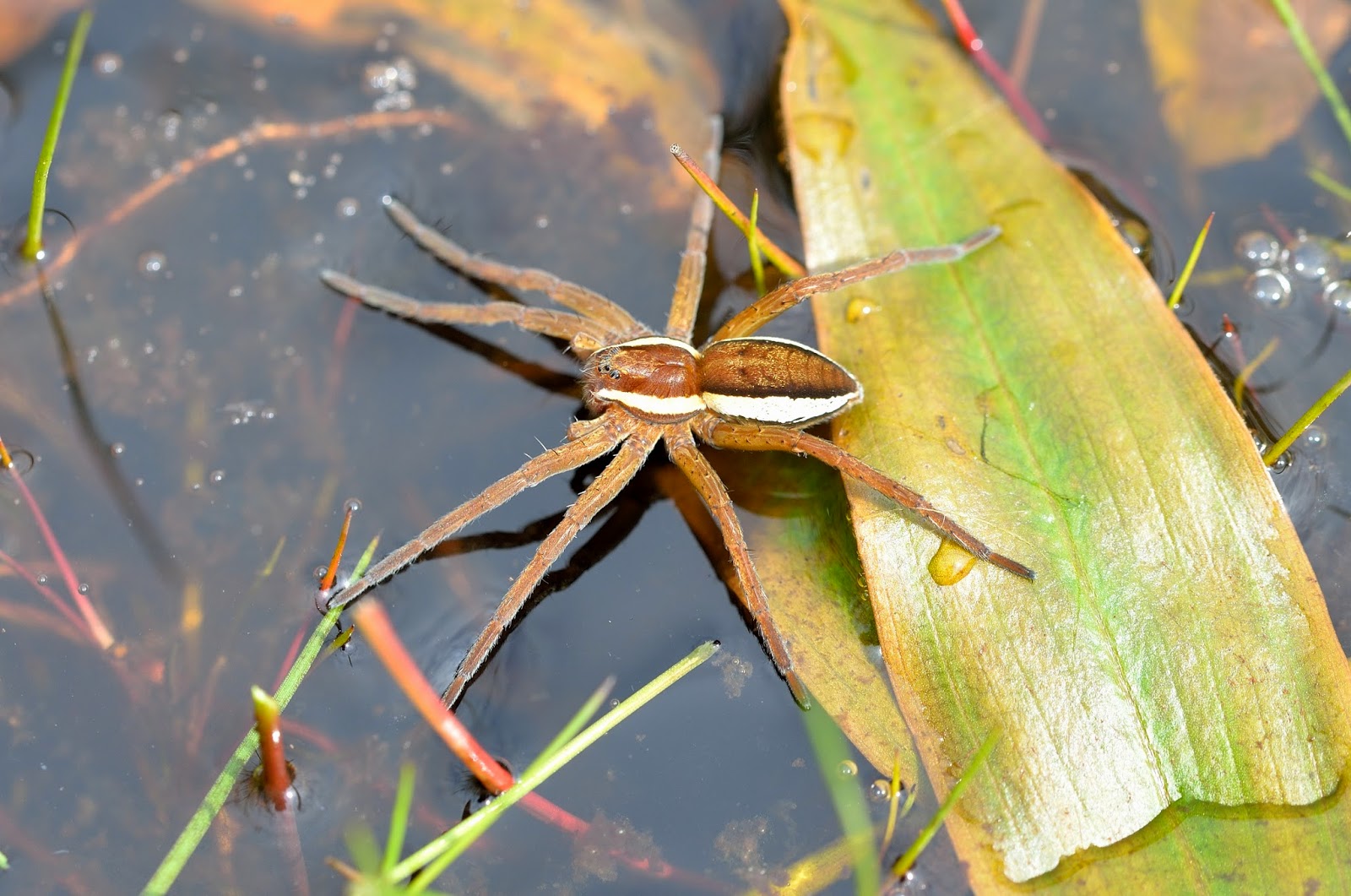 Black Darters were very active but this one did land on some dried grass over the water where I was able to get a few pictures. 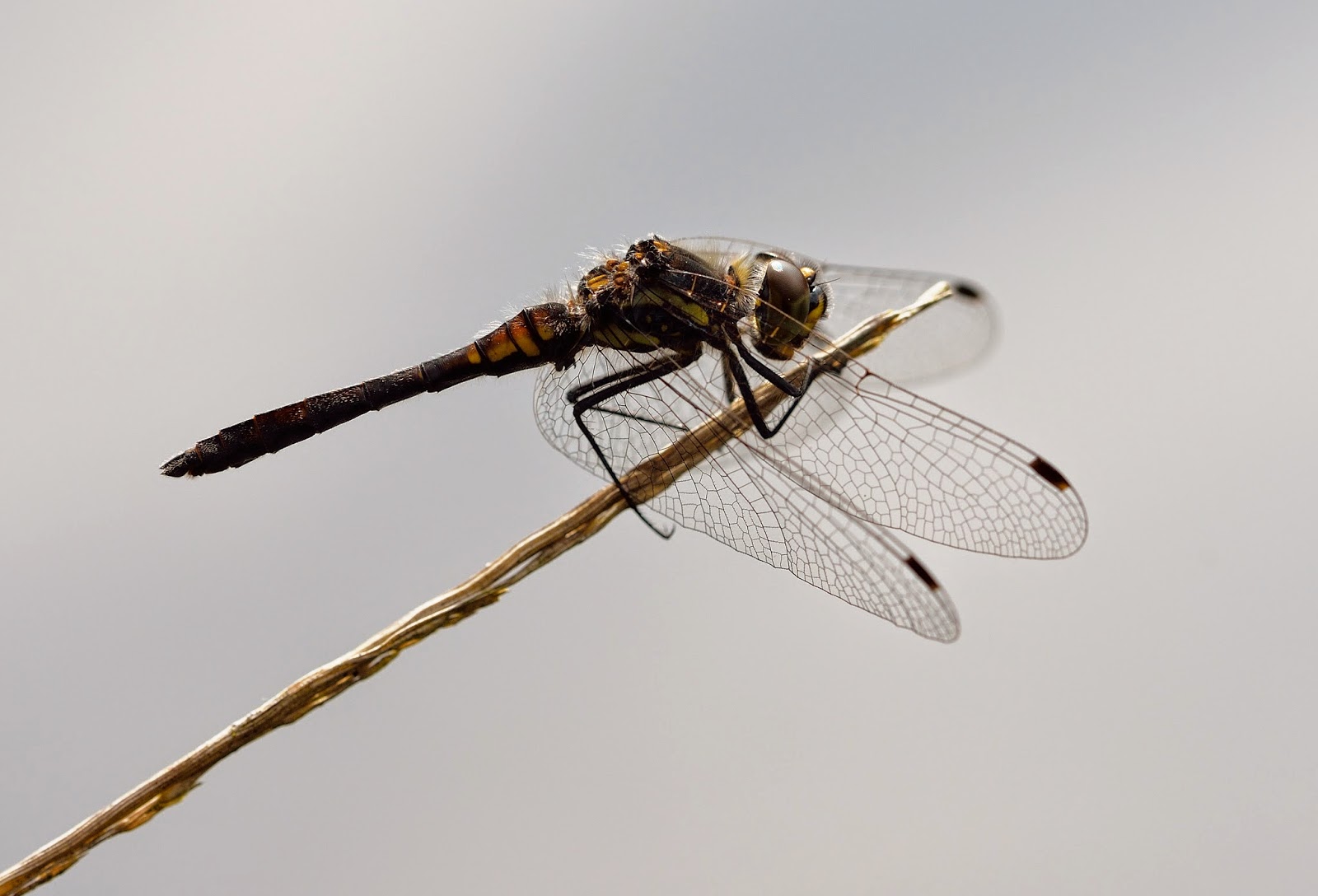 Just one Emerald Damselfly was seen as it is now getting quite late in their flight season. 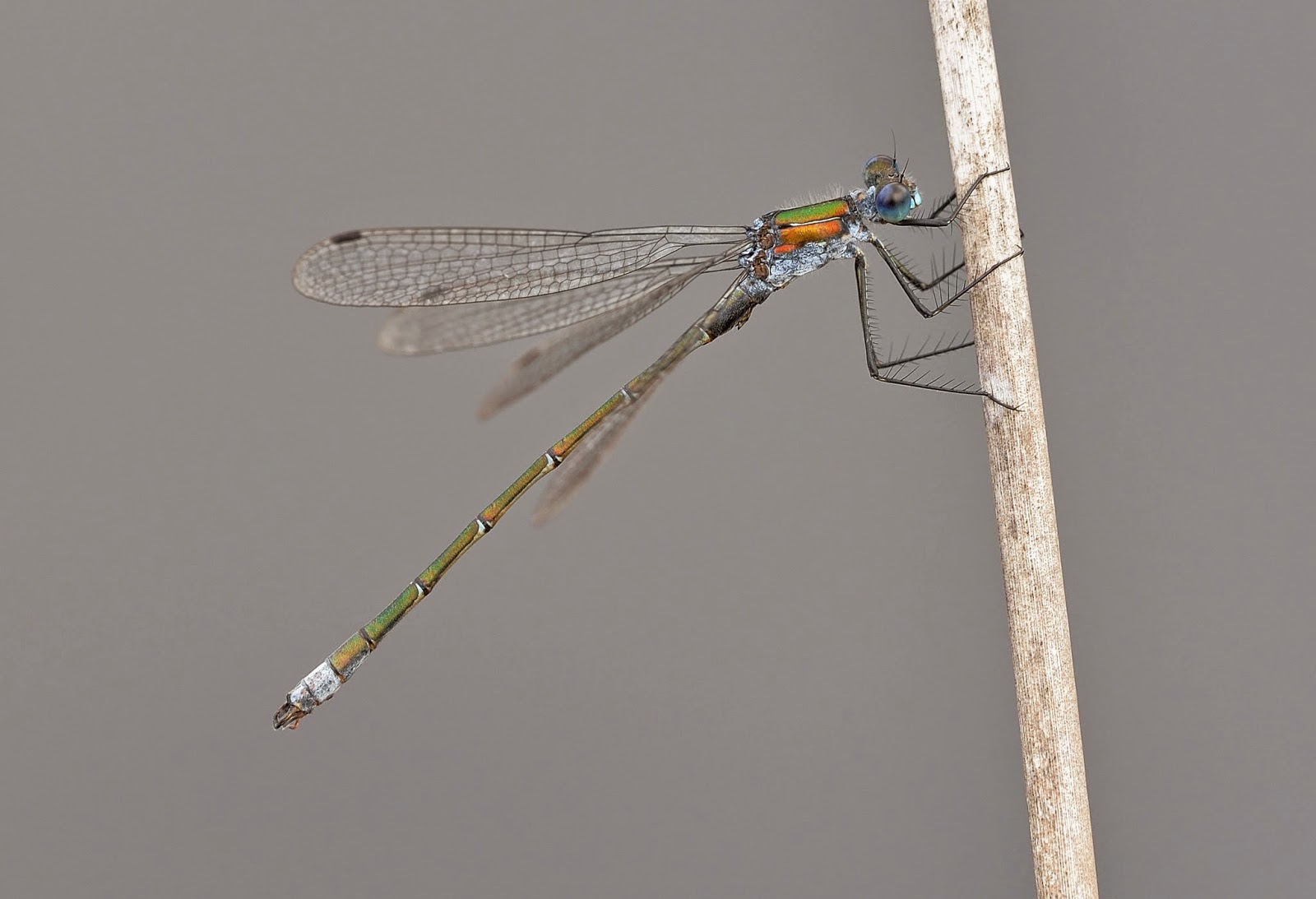 It really was a great day with the Raft Spiders being the stars of the day. I have only knowingly seen them once before which was over 25 years ago, even though they are not particularly rare. We now want to see the much rarer Fen Raft Spider.

Posted by Bob Eade. at 19:02
Email ThisBlogThis!Share to TwitterShare to FacebookShare to Pinterest