The White-letter Hairstreak has always been one of my favourite butterflies. When I was a youngster my friend Dave Cripps briefly had a colony in his garden until the nearby Elms got hit by Dutch Elm Disease. I then came across a few colonies over the years, some by accident and some by a feeling that they should be there. Locally I have several colonies but in the last 4 years the disease has once again hit the Elms and have made it much harder to find them. Recently another friend tipped me off that he had found a colony nearby that were coming down and nectaring on thistles and bramble. Yesterday, I paid this area a visit and saw 2 females, slightly past their best but still lovely. Although the couple of pictures I took were far from my best of this species it is always good to get new images of them. 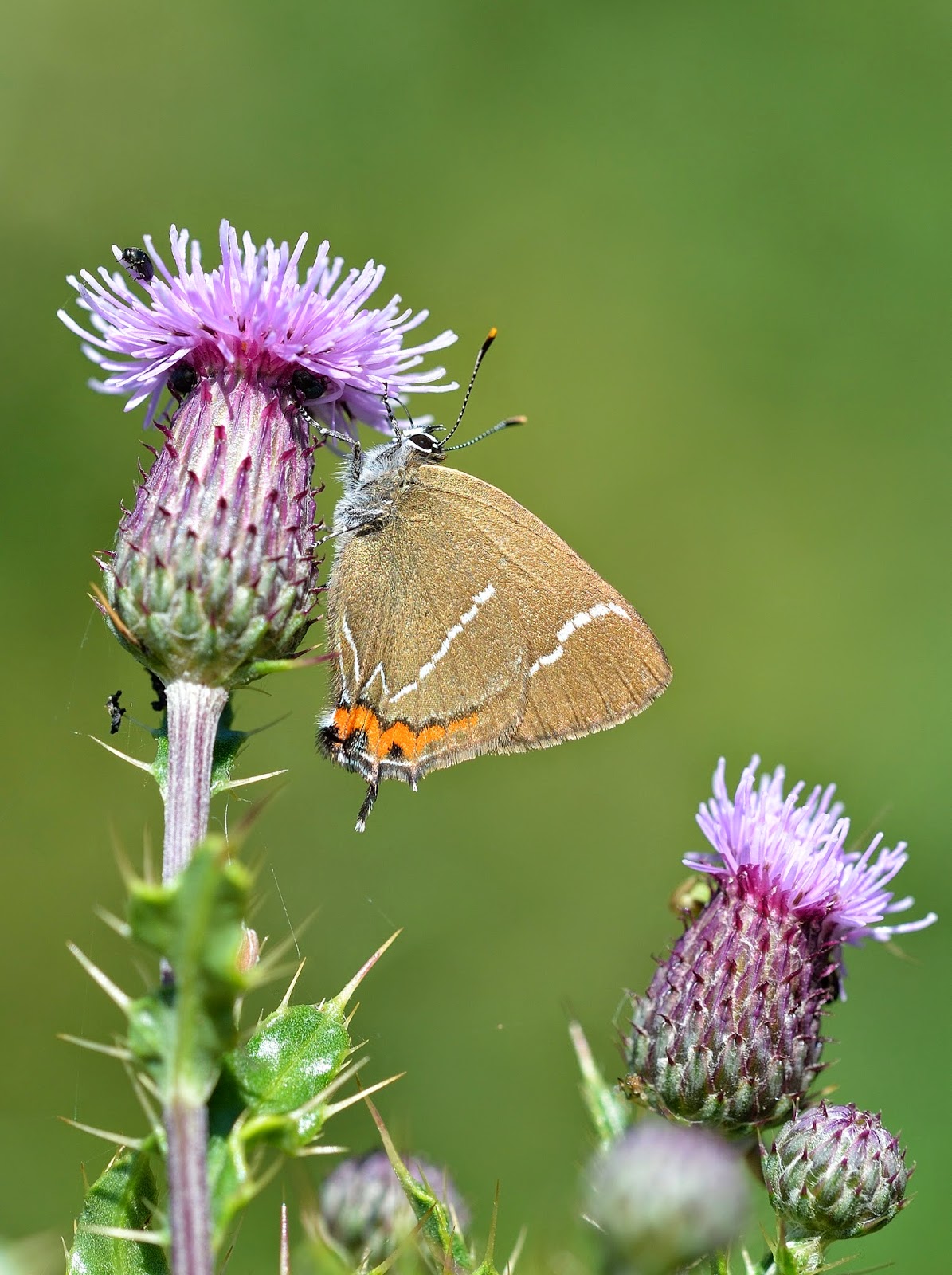 Earlier in the day I paid another visit to the Downs and saw my first 2nd brood Common Blue of the year as well as another Six-spot Burnet moth showing its underwing as it had just emerged. 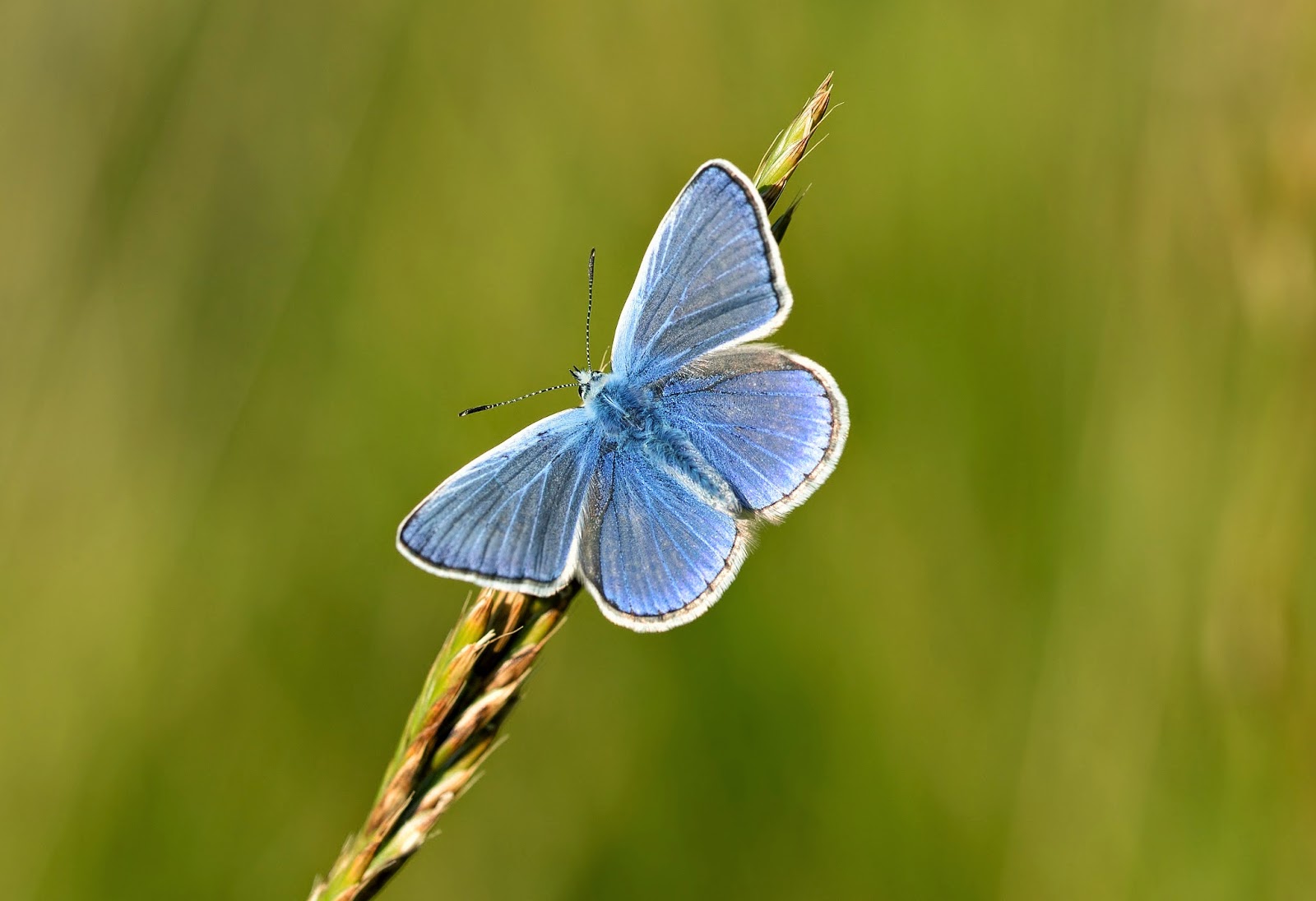 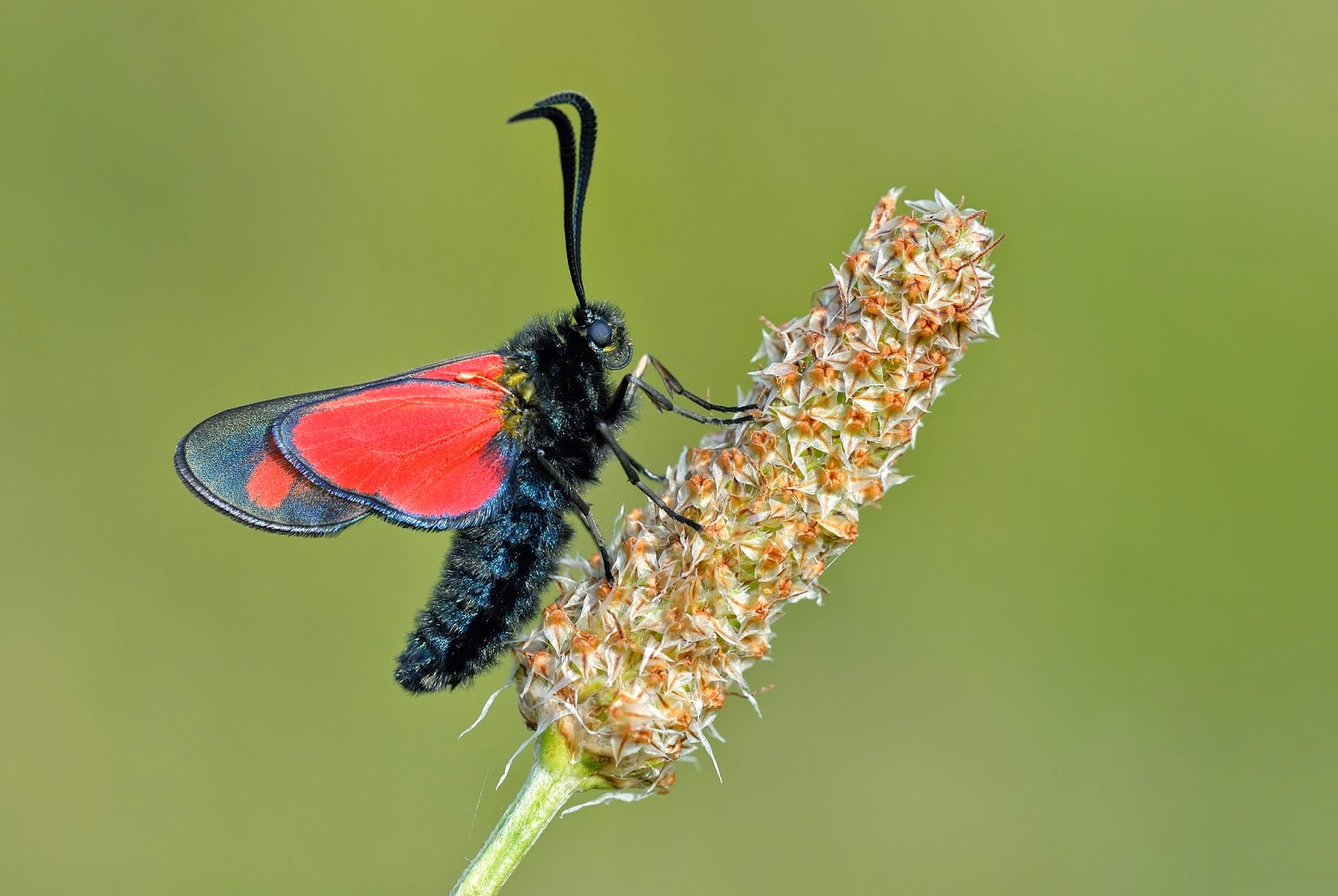 A third trip out for the day was to Friston Forest where 6 Scarlet Tiger Moths were seen. All were again slightly past their best and I didn't take any pictures of these. However, they are so handsome a picture from 2011 is here. Also seen was a Broad-leaved Helleborine just coming into flower. This plant is most often deep in the woodland but this one was in the open which is why it is slightly earlier than the others in flowering. 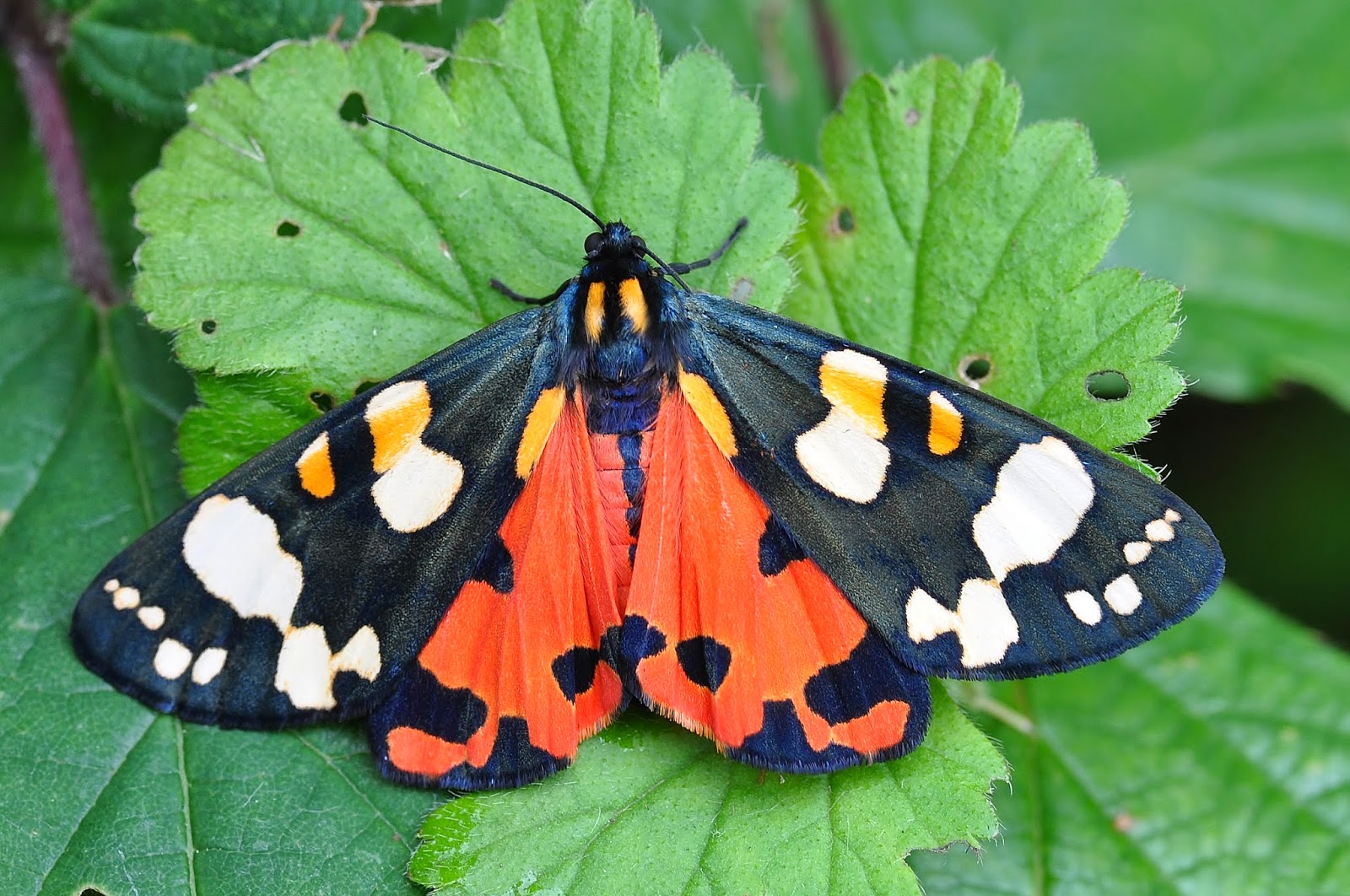 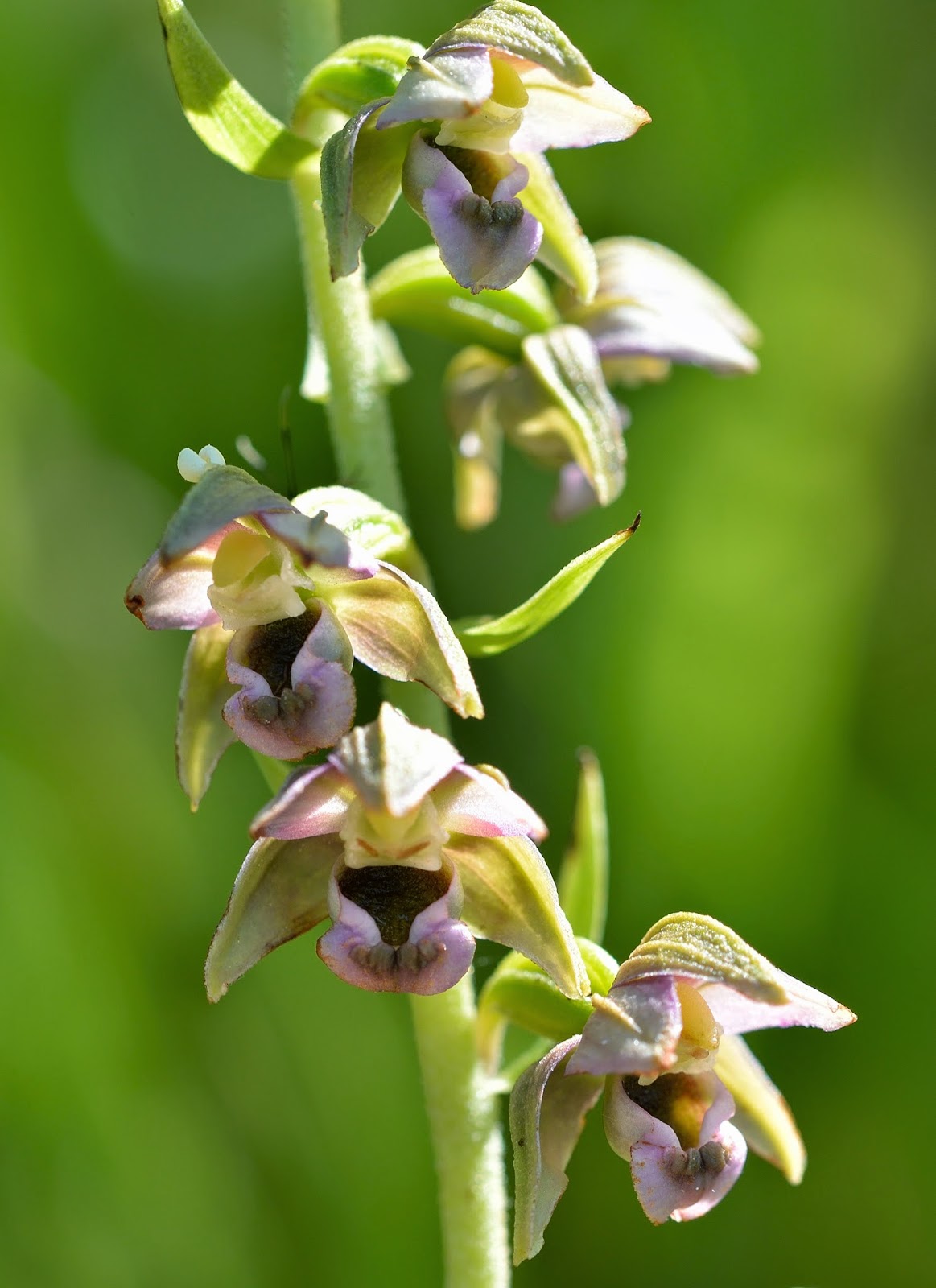 Broad-leaved Helleborine.
Posted by Bob Eade. at 14:20
Email ThisBlogThis!Share to TwitterShare to FacebookShare to Pinterest