Grayling in the heat.

It was so hot yesterday I couldn't really face the long climb up the hill to where the Grayling fly. However with an afternoon free I didn't want to waste it either so, with the camera set and plenty of water I hit the hill. On the way up I saw a couple of Small Blue and a Chalk Carpet moth. Another 2 of each seen on the way back down as well. Nearly at the top of the hill I saw my first Grayling of the year. Once in the valley though there were very good numbers with probably around 100 seen. This included a newly emerged individual and 2 mating pairs. I managed some shots of one mating pair, and, unlike most Grayling at this site it showed some forewing. Eventually another male disturbed them and they flew a short distance and landed on a low bush where they posed nicely. Fortunately there was a reasonable breeze blowing which stopped the heat getting too unbearable and it turned into a very enjoyable afternoon. 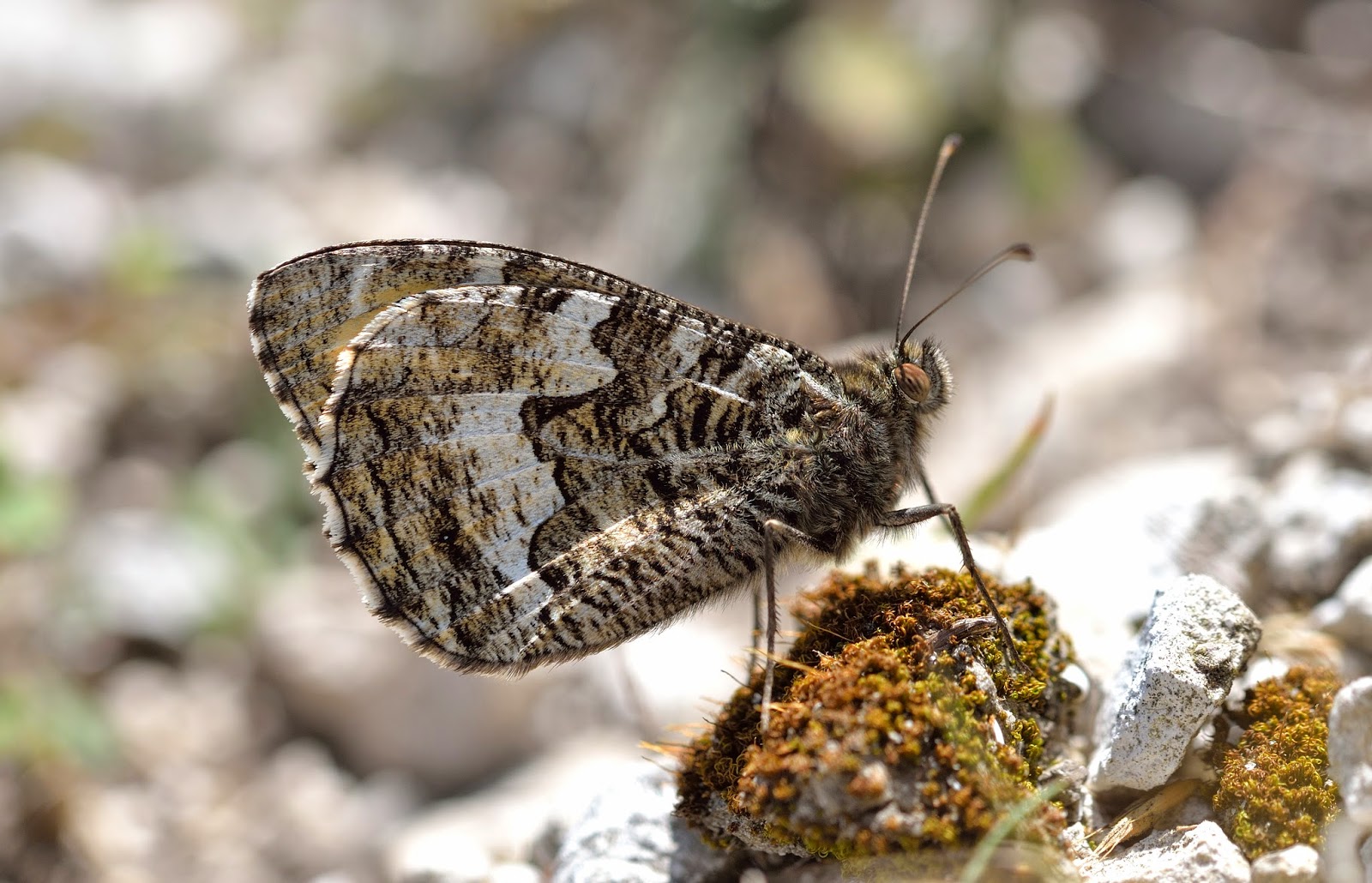 The normal view of the Grayling. 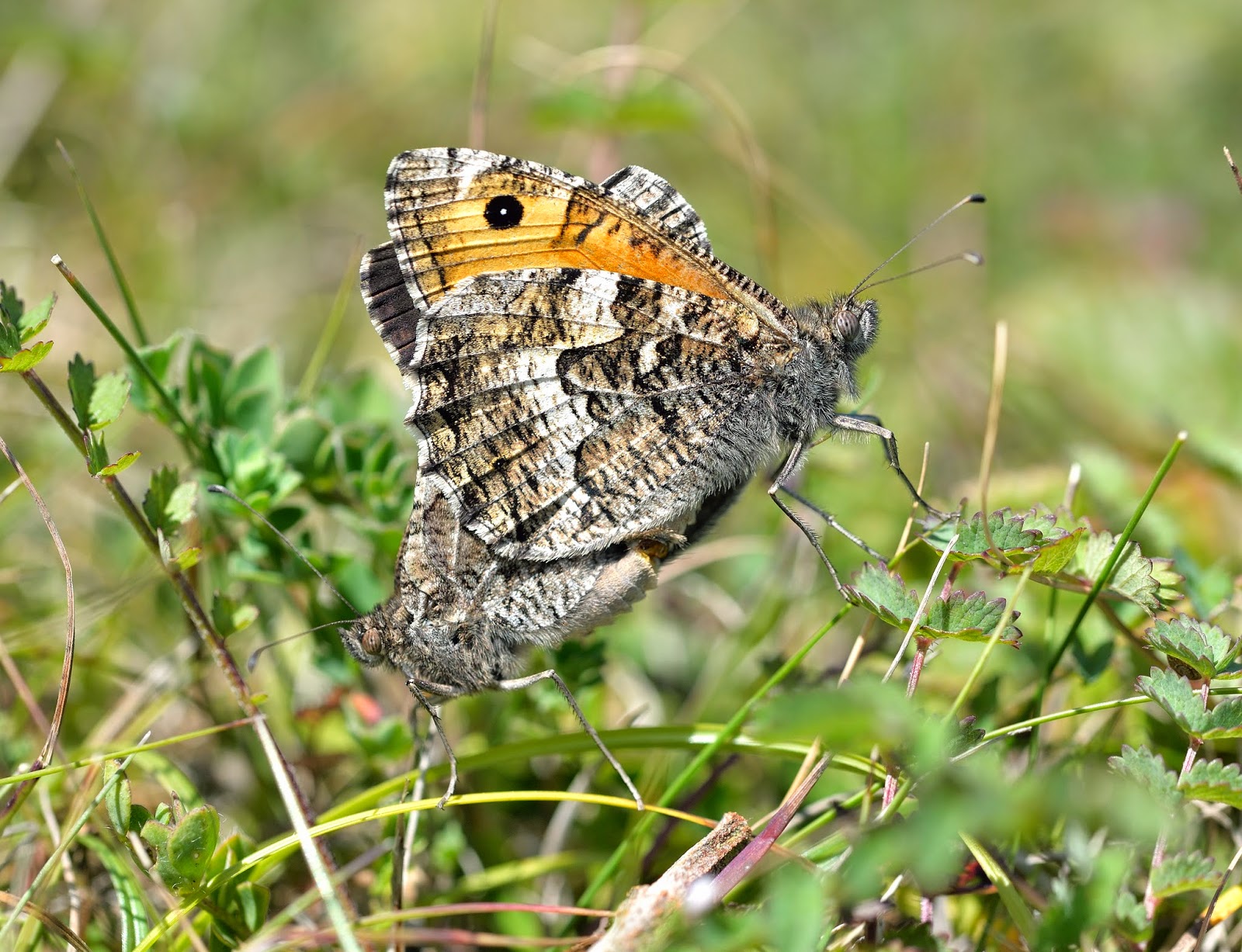 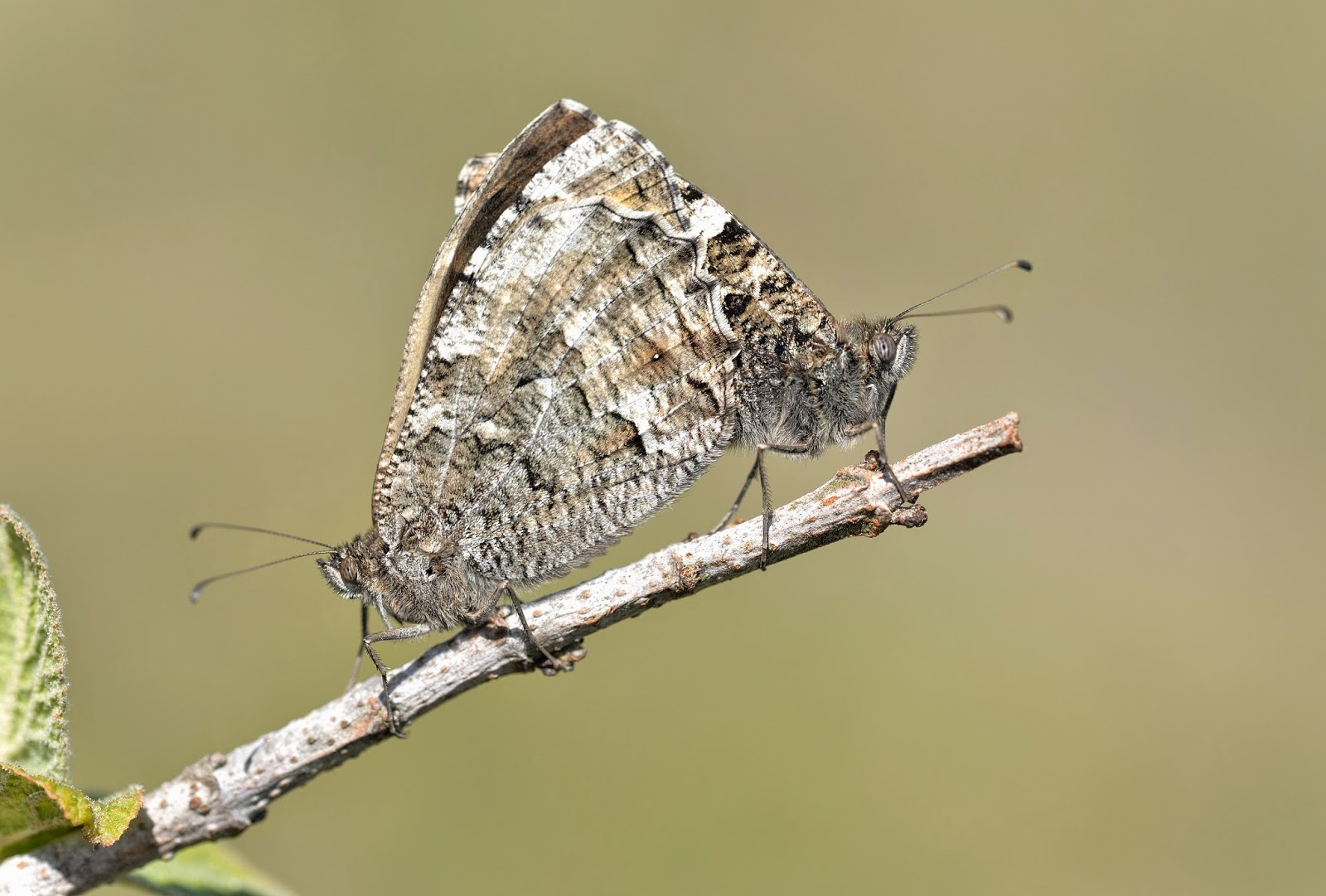 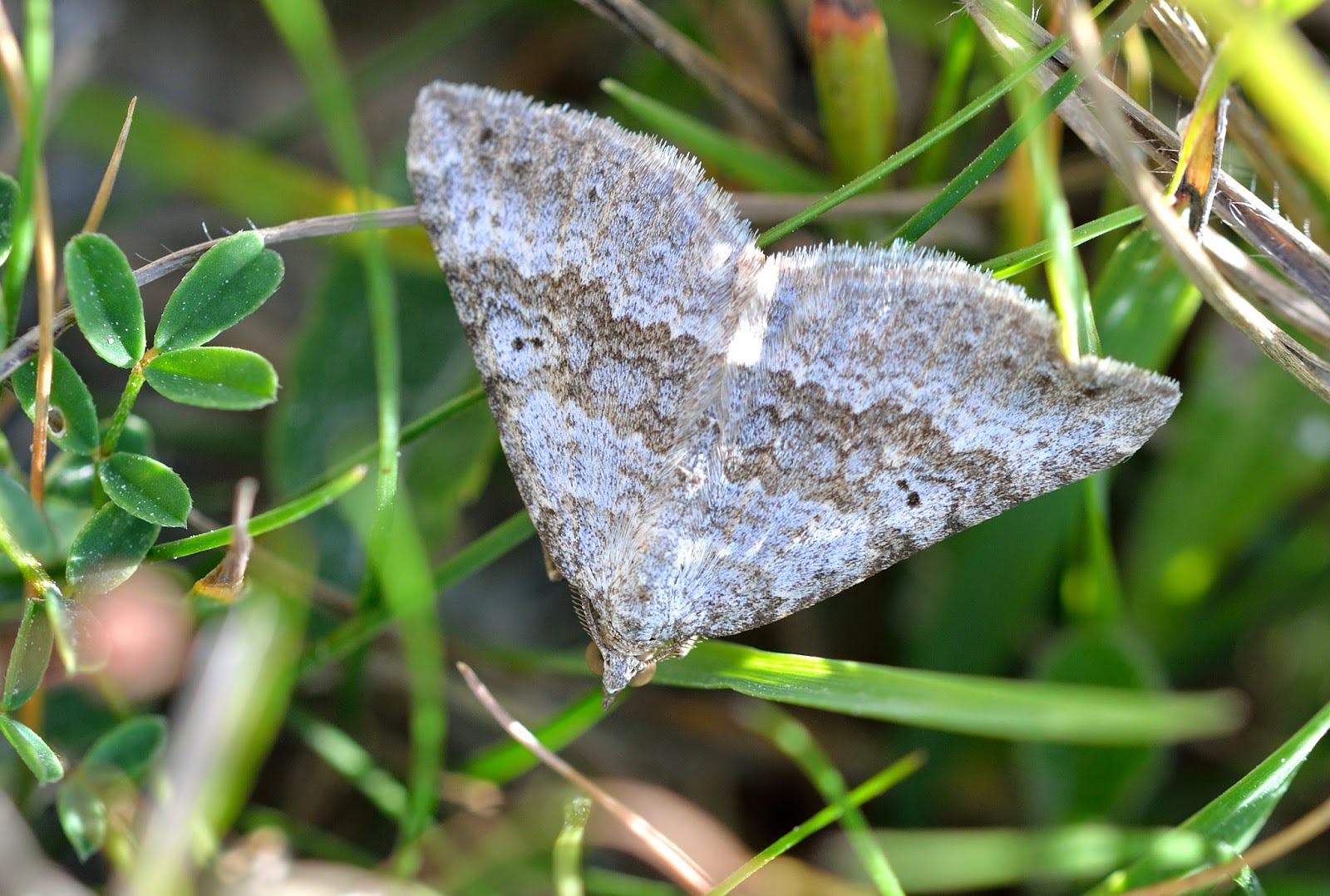 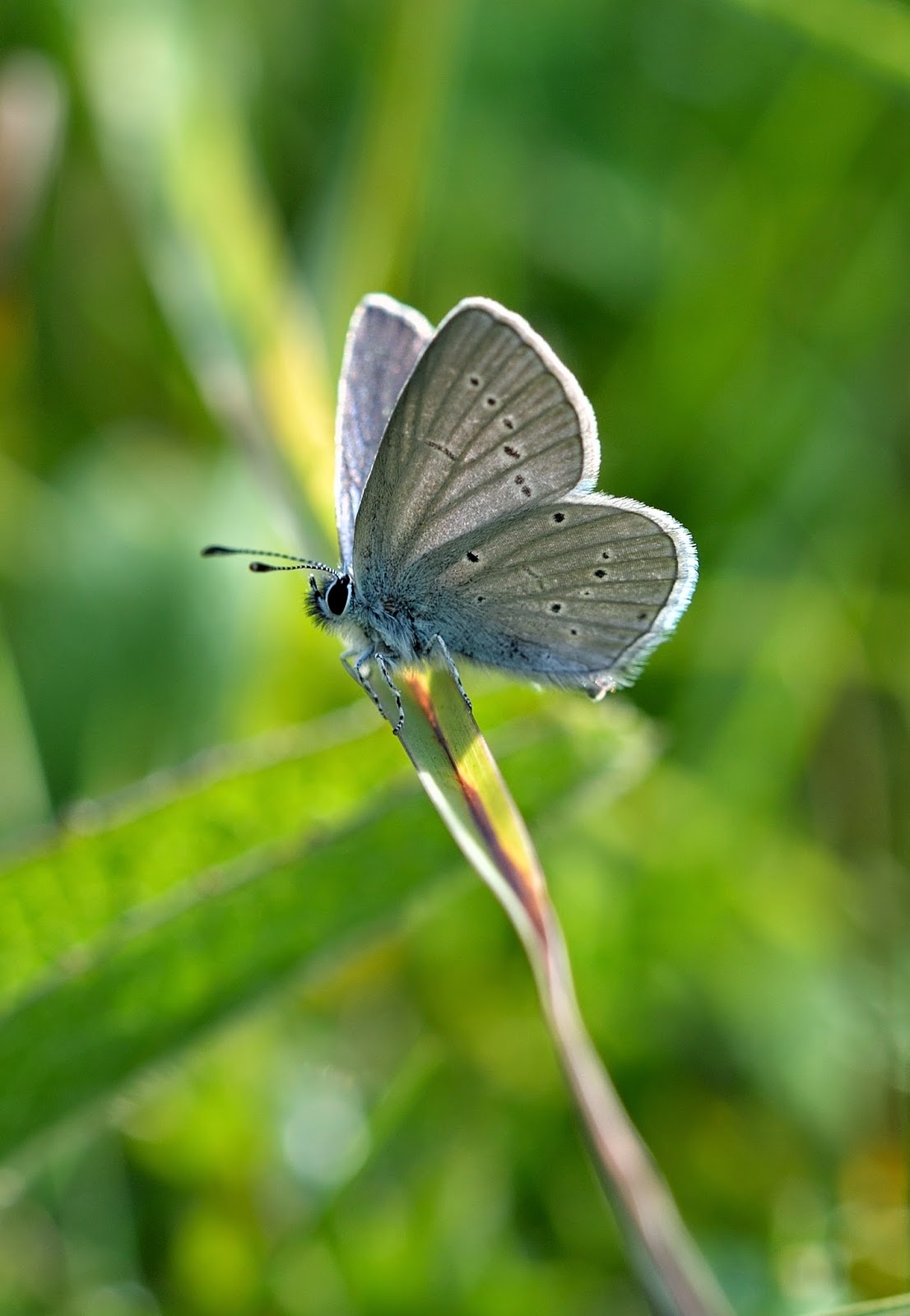 As usual at this site there were also large numbers of the rare moth Mecyna flavalis, though as usual they were not easy to photograph as they always seemed to have grass stems in front of them. I eventually got this one but, unfortunately it does have a little damage to one wing. 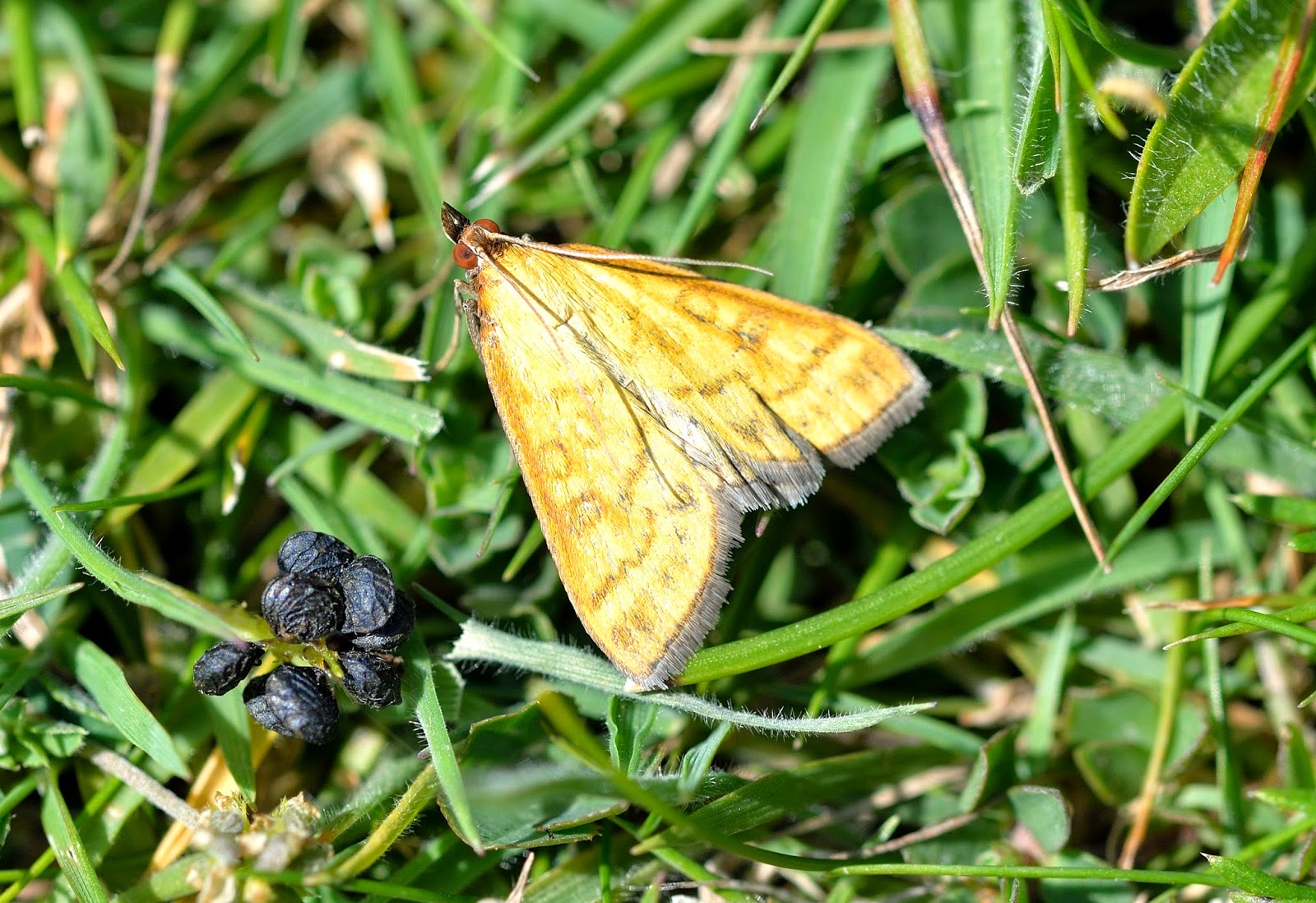 Posted by Bob Eade. at 18:28
Email ThisBlogThis!Share to TwitterShare to FacebookShare to Pinterest