The Spring is now moving at a fast pace as new butterflies appear. Today I was on a long walk when I came across Neville and Janet Richardson who told me they had seen a Green Hairstreak. I tried to relocate it but was unable to find it. I then looked around a couple of areas where I had seen them in the past and I managed to see 2 others, 1 of which I managed to get a poor record shot before it vanished. This sighting is 9 days earlier than I have seen this species before and several weeks earlier than last year. Around 15 Speckled Wood were also seen including 2 females and one Green Veined White. 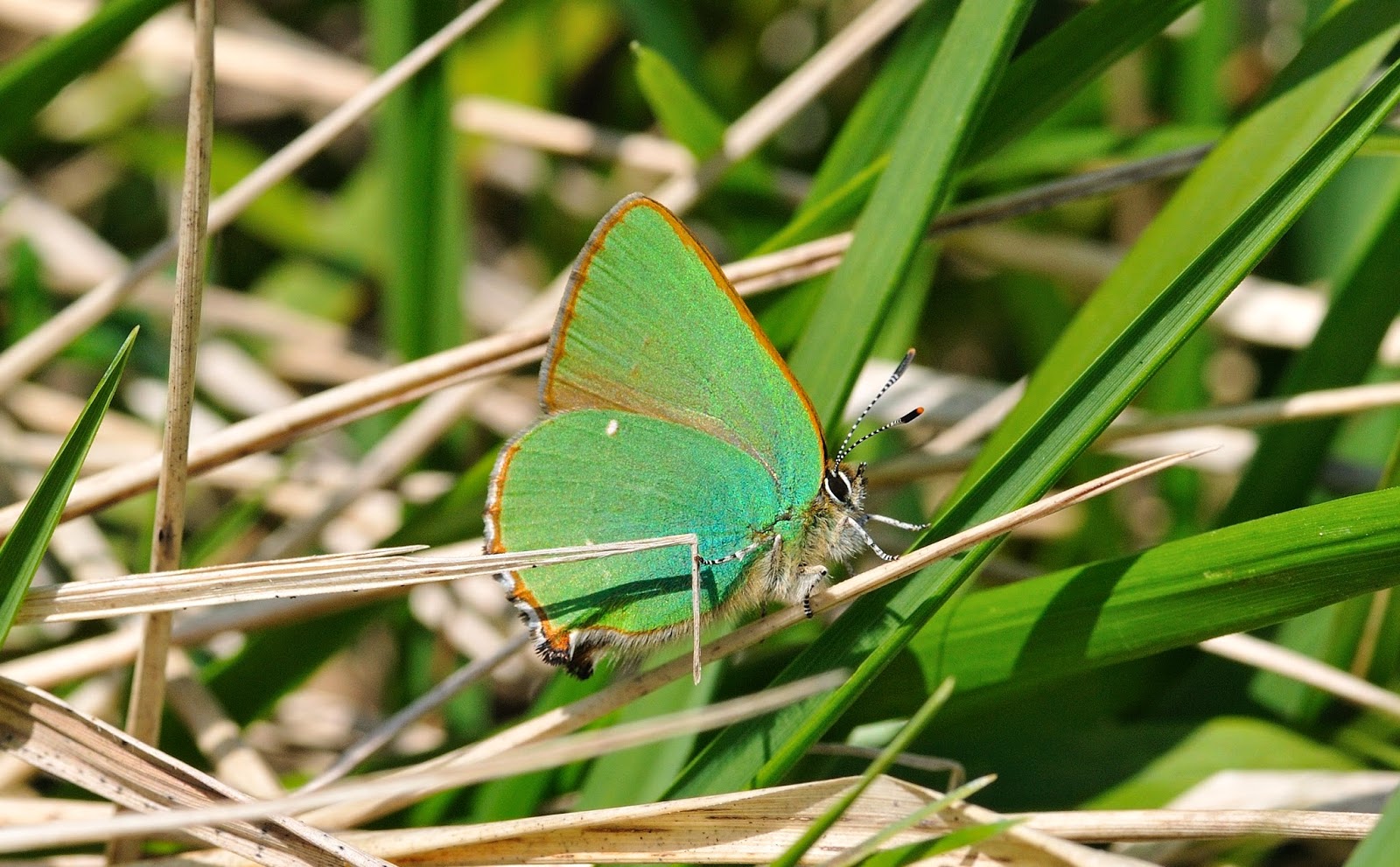 My first Green Hairstreak of 2014 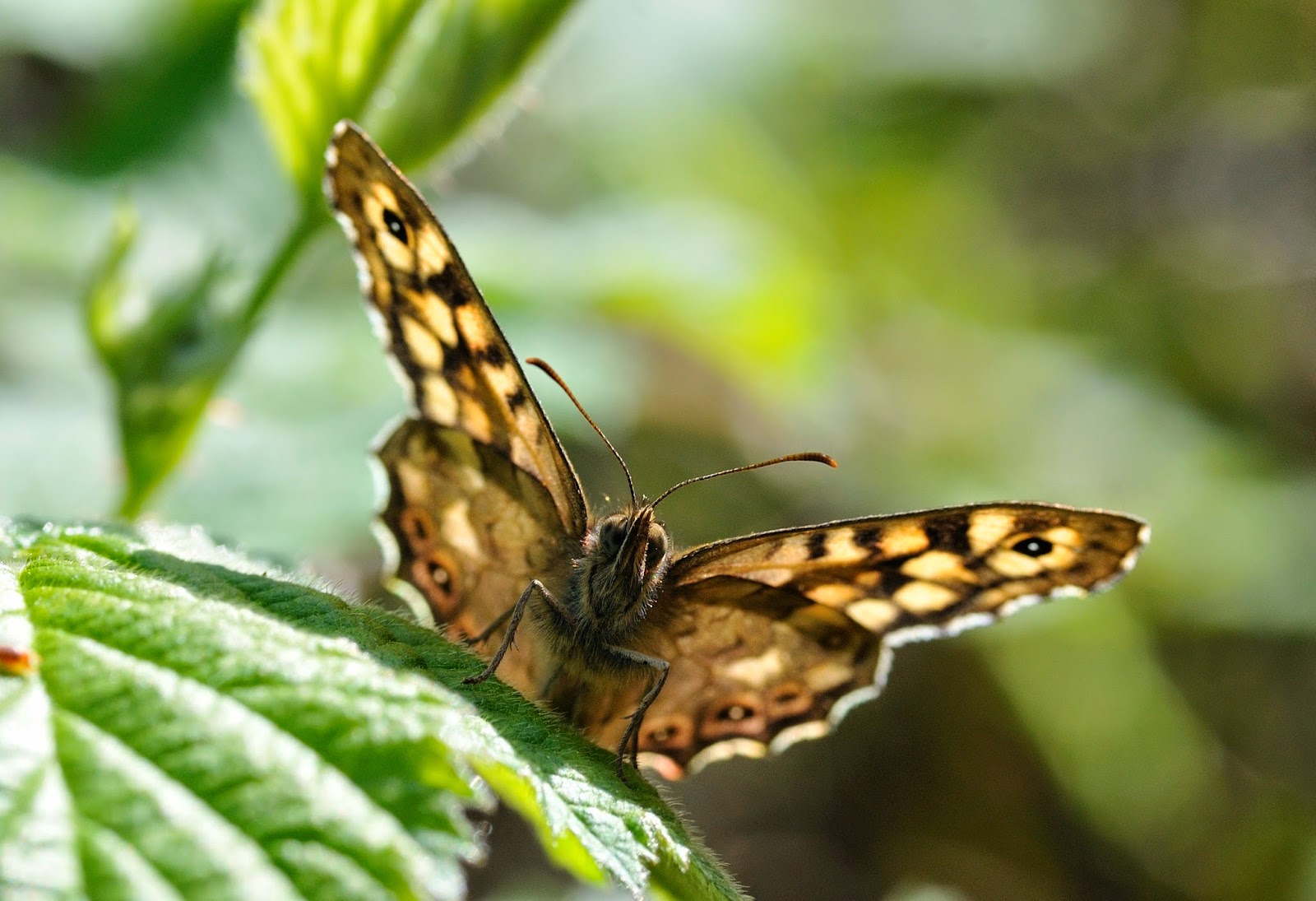 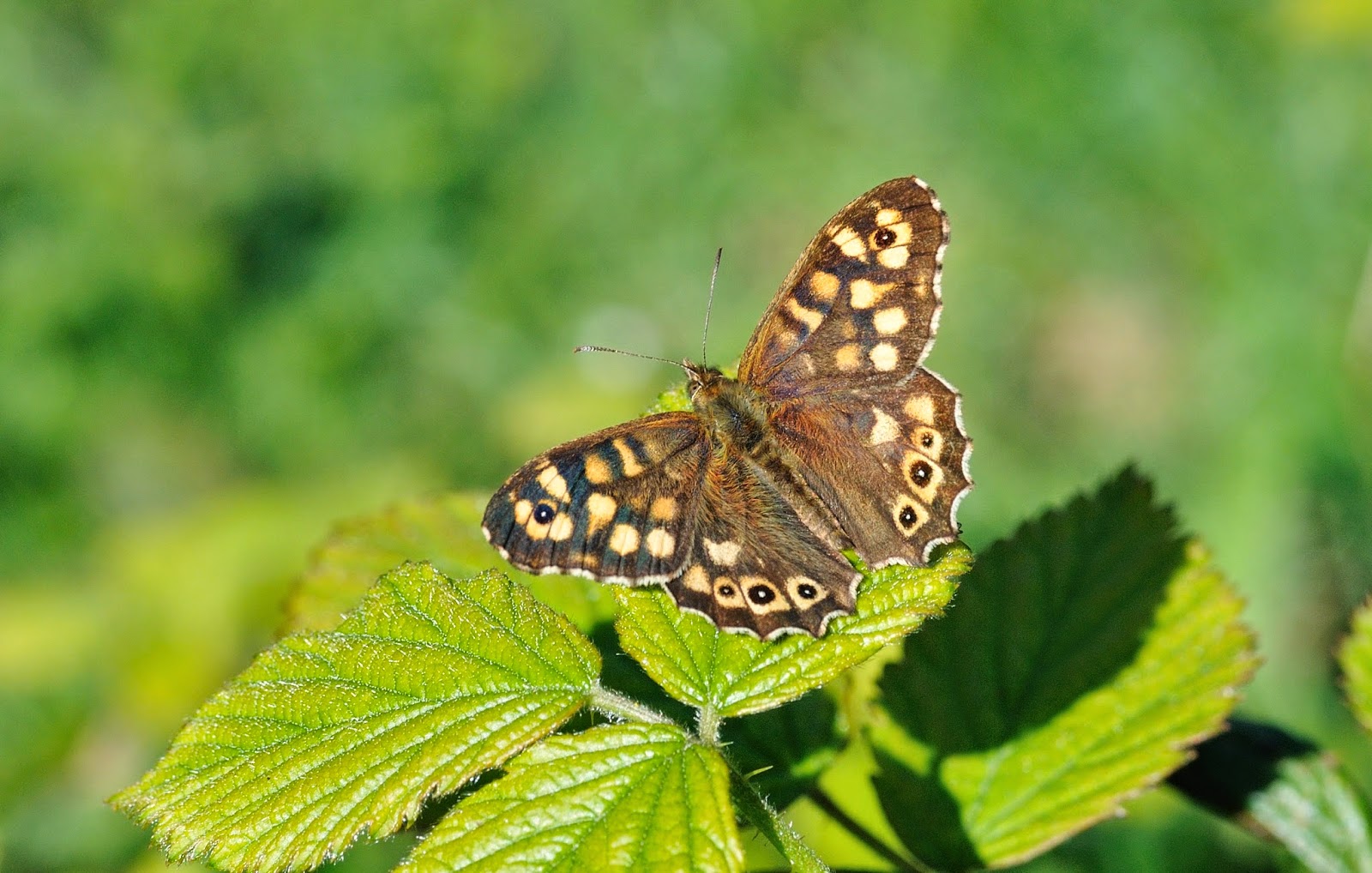 Male Speckled Wood.
Posted by Bob Eade. at 22:05
Email ThisBlogThis!Share to TwitterShare to FacebookShare to Pinterest