During a particularly quiet time I looked back on some of my old film photographs and decided to try to copy them using the good old method of holding them up to the light and photographing them with the macro lens. There was one in particular that this primitive method worked quite well on, and it was one of my favourite pictures from that long distant past!!
At least 30 years ago my best friend of the time, Dave Cripps, came over for dinner with Lin as well as a young grass snake he had come across. In those days I was using a Mamiya 645 camera with a waist level finder, this helped to get a really low viewpoint. Only a few shots were taken, film being a bit expensive!! This one was by far the best with the tongue flickering. 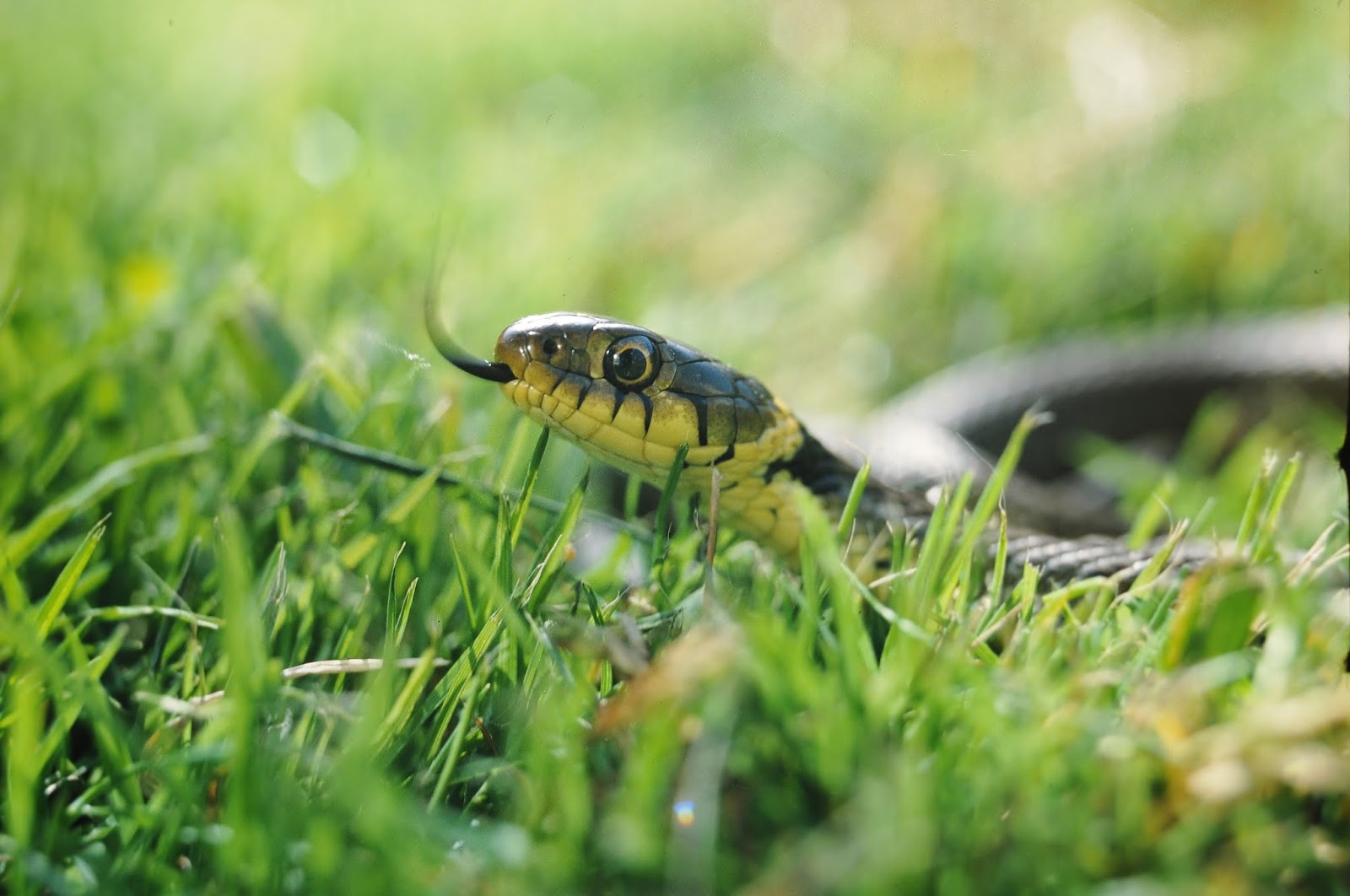 The other picture I'm showing here didn't work quite so well and the photo has also started to deteriate a bit, but I'm including it for its scarcity value as not too many people have seen this happening. In the 70s and 80s I spent an awful lot of time watching badgers. So much so that at school I picked up the nickname Badgerbob. During that time I witnessed badgers mating twice. Unfortunately my notes from the time have been put away safely? I think this mating pair was at a sett near Denton, Newhaven. 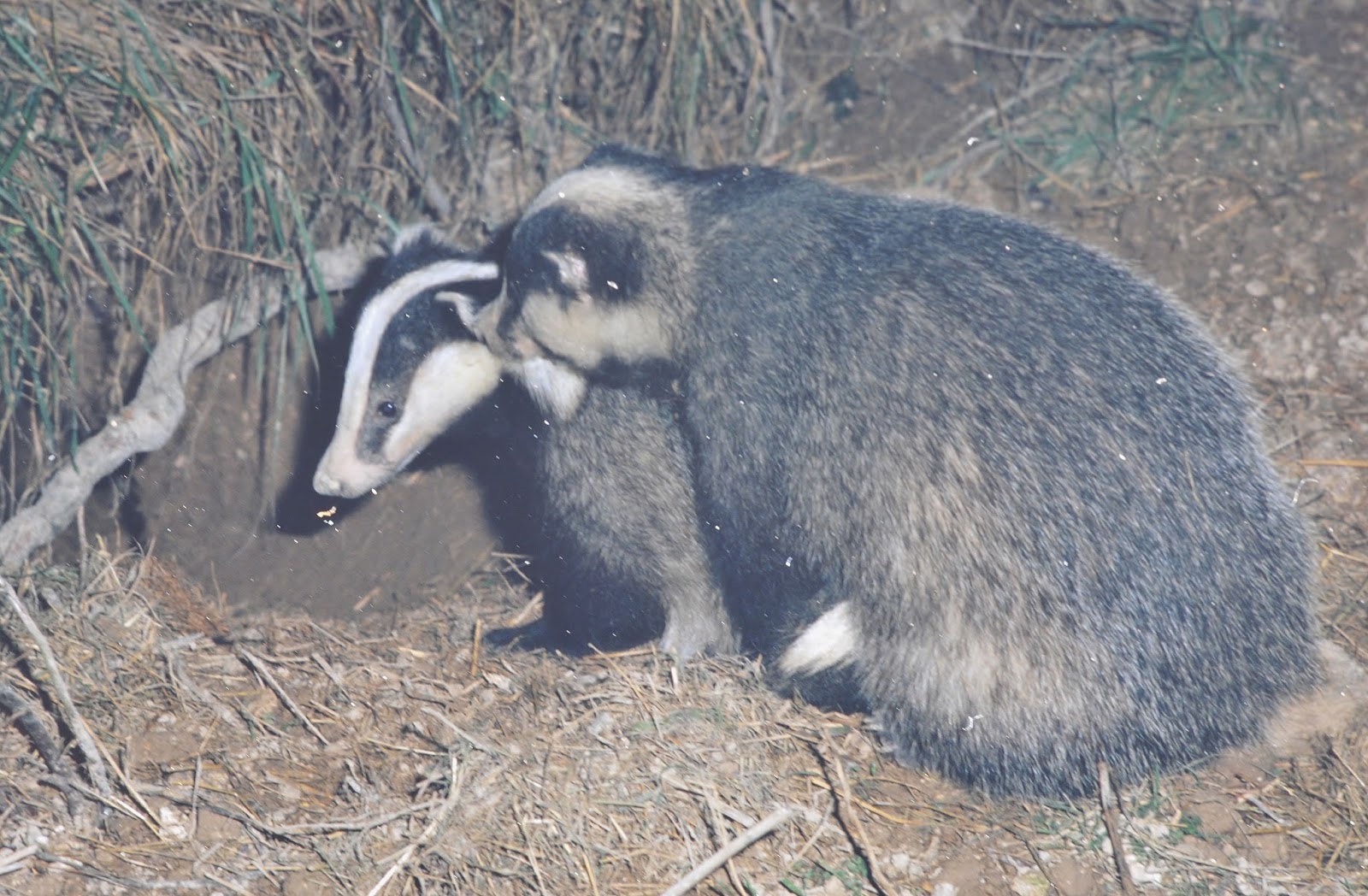 Posted by Bob Eade. at 11:30
Email ThisBlogThis!Share to TwitterShare to FacebookShare to Pinterest