Its a Female Long-tailed Blue !!

So there we were thinking we'd had another wasted day in our quest to find the Long-tailed Blue, with the sea mist never really clearing and the chances of any Long-tailed Blues flying very poor. Giving up we were heading back to the car when we saw the shape of the sun amongst the low cloud and the temperature rose a degree or two. I spotted a Small Copper as we climbed a small hill and as the Copper flew off in one direction another butterfly flew in the other direction. This one however looked like a blue of some type. Panic ensued whilst Nigel and myself tried to keep on it. It settled very briefly on bramble, just long enough to confirm the id as our first British Long-tailed Blue. Could we possibly get a photograph now as it took off and kept landing very briefly. It then settled halfway up a grass stem and stayed there for a record shot each with the wings slightly open. 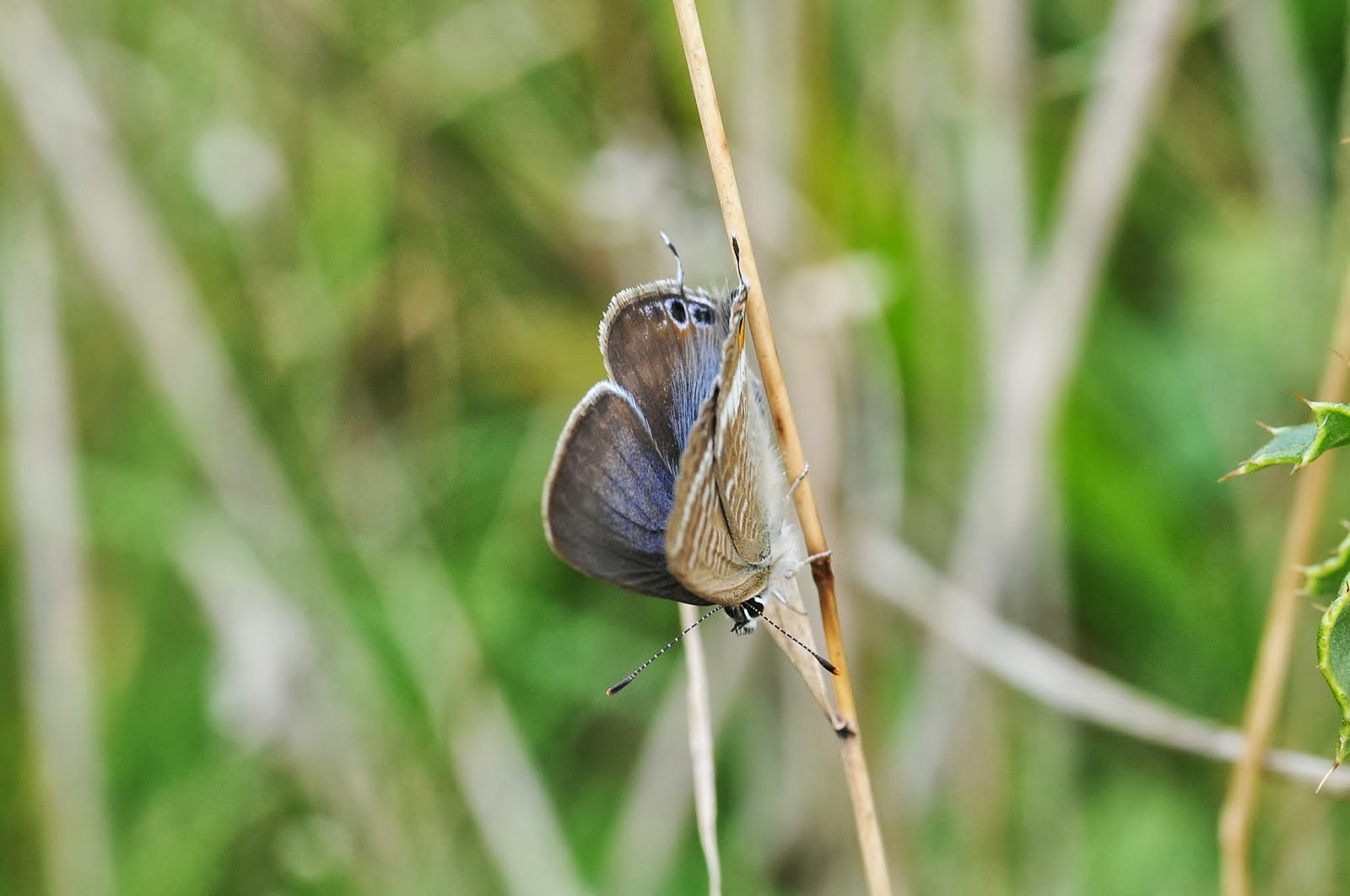 Will it open its wings for us. Not only did it open its wings but it was in a position where we could both take several pictures at the same time. It was also in superb condition and had only recently emerged. A real experience to see one of Britain's rarest butterflies and one that I never thought I would ever see here. 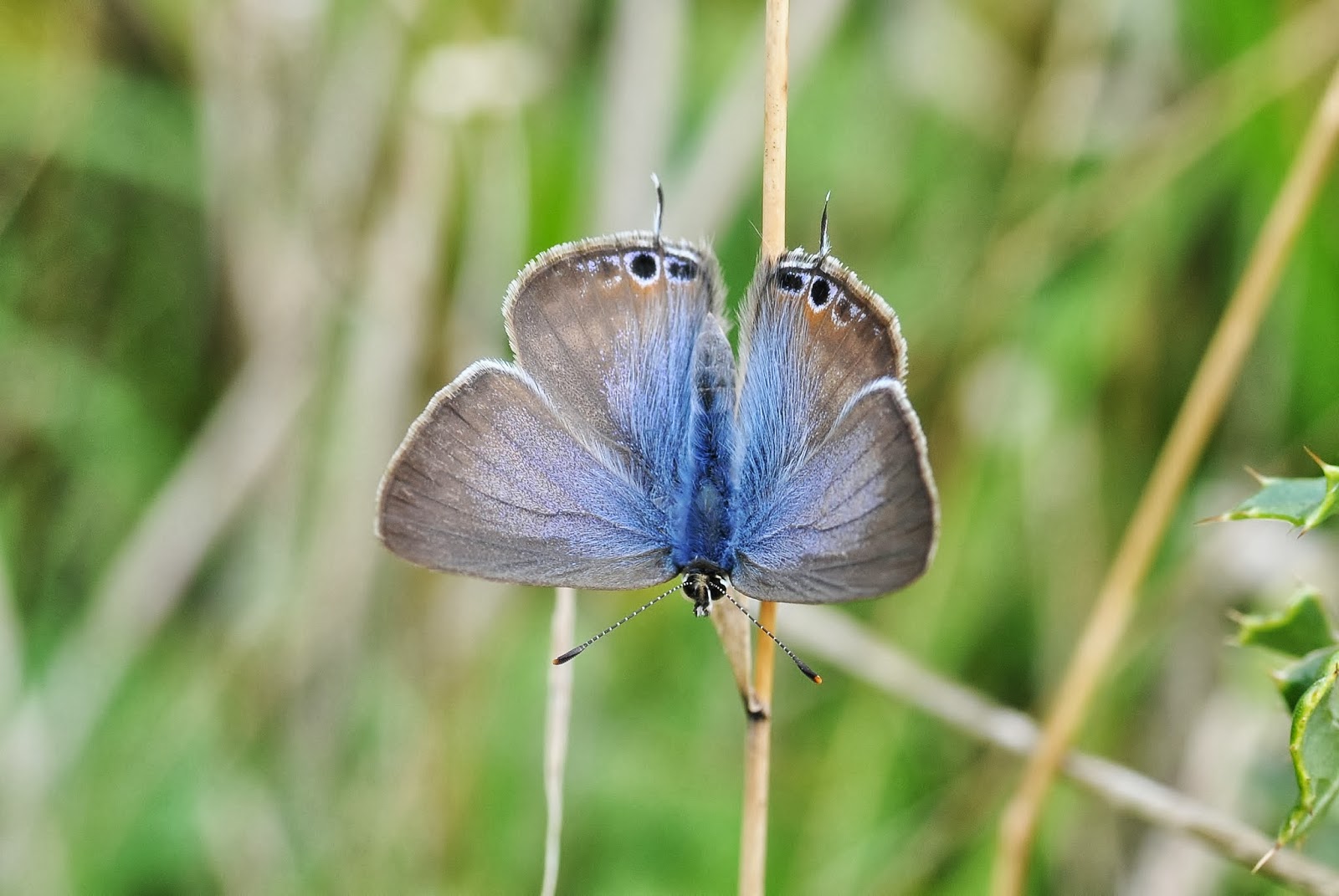 Thanks are also due to Colin!!
Posted by Bob Eade. at 21:30
Email ThisBlogThis!Share to TwitterShare to FacebookShare to Pinterest